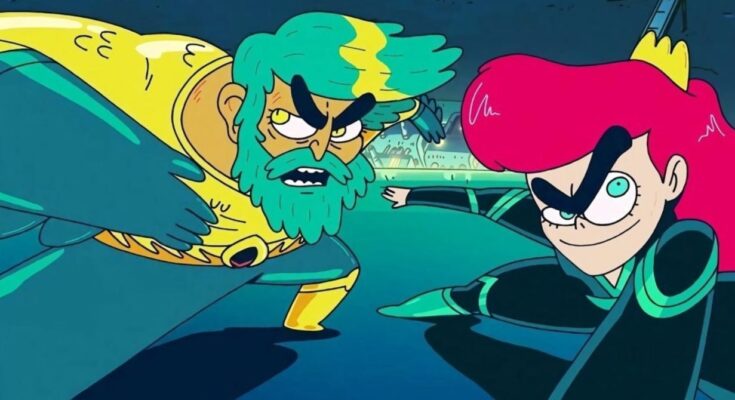 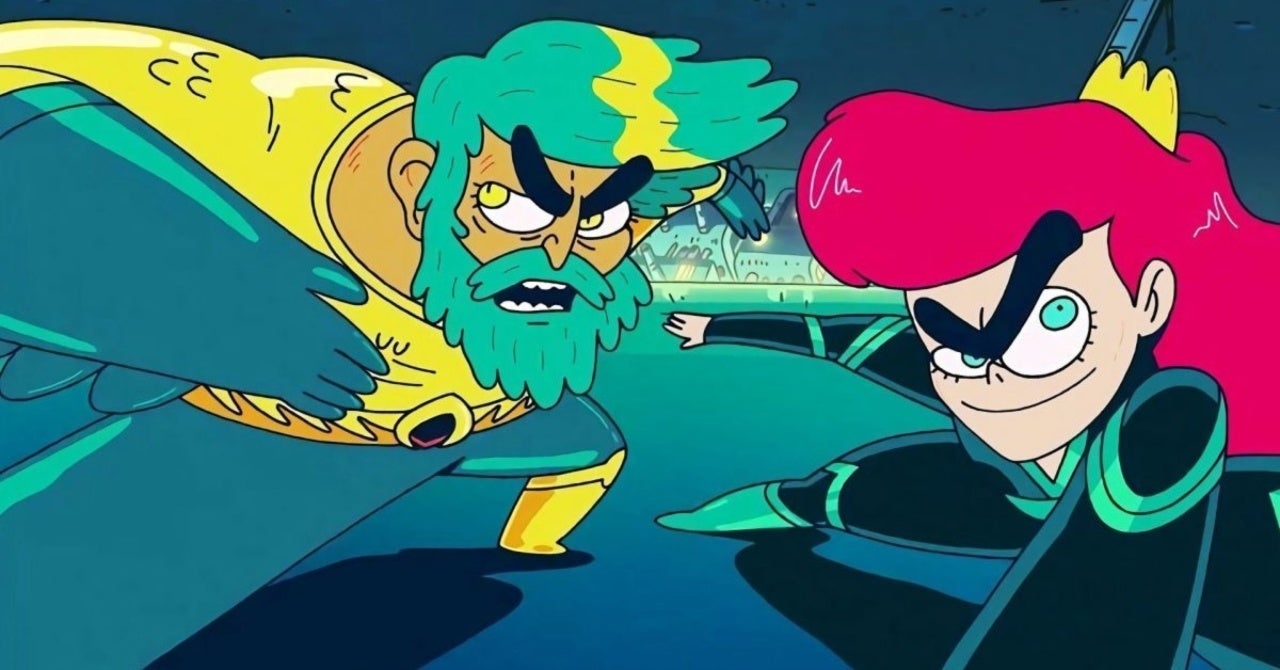 Between this week’s Aquaman 80th Anniversary 100-Page Super Spectacular and the planned late 2022 release of Aquaman and the Lost Kingdom, it’s a good time to be a fan of DC Comics’ protector of the deep. In addition, the iconic character is expected to star in his own animated miniseries, Aquaman: King of Atlantis. Details have been relatively slim about the HBO Max, outside of a first-look photo that was revealed this past February — but now, ahead of the series’ presence at October’s DC FanDome virtual convention, we have the best indication yet of its plot. In the announcement of Cartoon Network’s “ACME Night” programming block, which will air existing WarnerMedia programming as well as new originals, a new plot synopsis for King of Atlantis was officially unveiled. You can check it out below.

“The three-part animated mini-series event begins with Aquaman’s first day on the job as king of Atlantis and he’s got a LOT of catching up to do. Luckily, he has his two royal advisors to back him up – Vulko the scholar and Mera the water-controlling warrior princess. Between dealing with unscrupulous surface dwellers, elder evils from beyond time and his own half-brother who wants to overthrow him, Aquaman is going to have to rise to the challenge and prove to his subjects, and to himself, that he’s the right man for the trident!

“This DC property is a fan-favorite rich with well-known characters and dynamic storylines,” Sarah Aubrey, head of original content for HBO Max, said in a statement when the series was first announced. “On the heels of Warner Bros. Pictures’ box office smash hit, we are certain Aquaman: King of Atlantis will be an exciting addition to our already robust slate of kids and family programming.”

What do you think of the first look at Aquaman: King of Atlantis? Share your thoughts with us in the comments below!