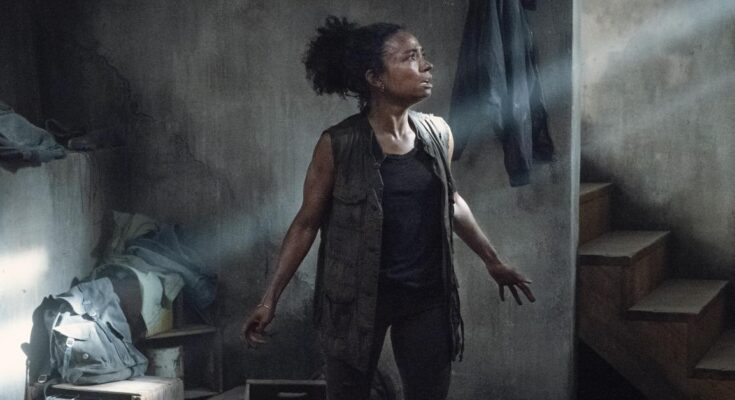 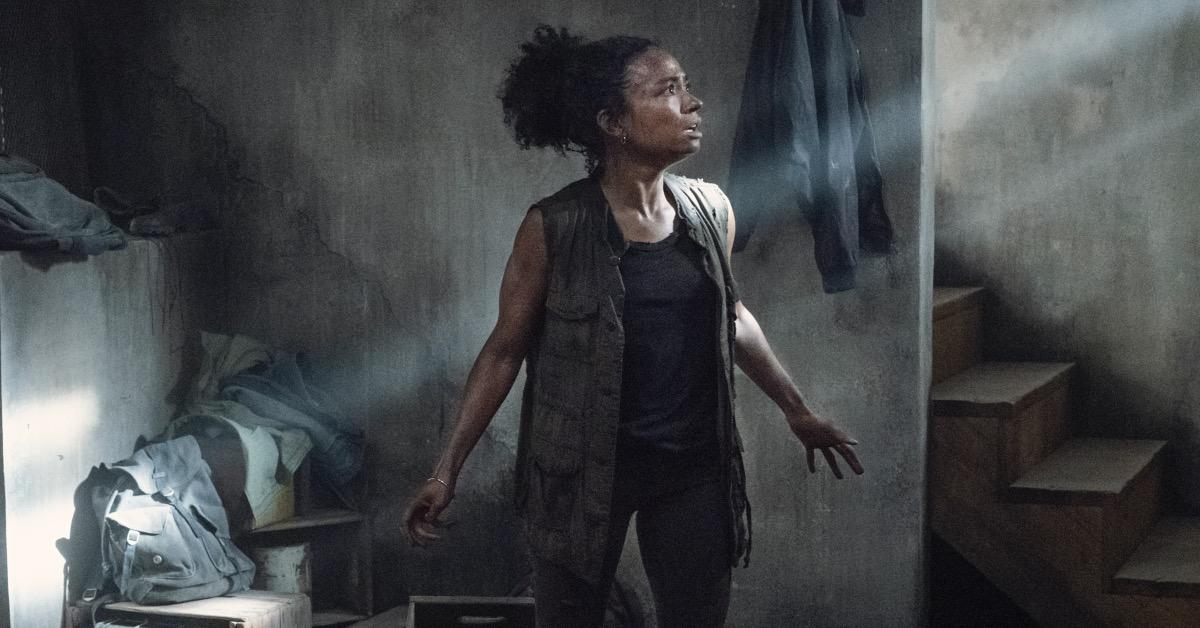 Connie comes back, and Lauren Ridloff returns to The Walking Dead for the first time this season in “On the Inside.” More than a year of real-time has passed since she went missing in the Season 10 mid-season premiere, “Squeeze,” trapping Connie inside Whisperer Alpha’s (Samantha Morton) cave teeming with walkers that Carol (Melissa McBride) tried to destroy. After spending the half-season MIA — despite dogged searches by sister Kelly (Angel Theory) and Daryl (Norman Reedus) — it’s revealed Connie is alive in last October’s “A Certain Doom.”

It’s helpful stranger Virgil (Kevin Carroll) who finds her stumbling through the woods outside an abandoned Oceanside, left deserted during the final battle of The Whisperer War. In Season 11 Episode 6, “On the Inside,” Connie and Virgil hide from walkers inside a house crawling with creepy creatures: too-far-gone feral humans.

“It was so great to have Lauren Ridloff back finally,” showrunner Angela Kang said on The Walking Dead: Episode Insider. “We’ve been planning for a long time to bring her back in this episode, and we’d sort of shaped the story and wanted to give her a big re-entry into the show.”

Explaining Connie’s absence in Season 10B, Kang confirmed the character was written out to accommodate Ridloff’s filming schedule on Marvel’s Eternals. In the Marvel Studios epic out November 5, Ridloff plays Makkari, the first deaf superhero in the Marvel Cinematic Universe.

“I think for the story, it’s actually worked out really beautifully,” Kang previously told Insider. “So I think there’s some really interesting stuff that came out of it for both Carol and Daryl, and she’s a character that I think is leading with emotion for both of them. So sometimes those things that you have to do to help out a beloved actor also work out in your favor.”

Kang was the first to reveal Connie and Virgil would return together in “their own little horror movie within the show,” saying on the Walking Dead Season 11 Preview Special: “She’s been a resilient survivor out in the woods and we saw that she crossed with Virgil, and when we come upon them, they’re gonna be in some danger with some people who are really far gone… she’s been through a lot.”

“On the Inside” is now streaming on AMC+.