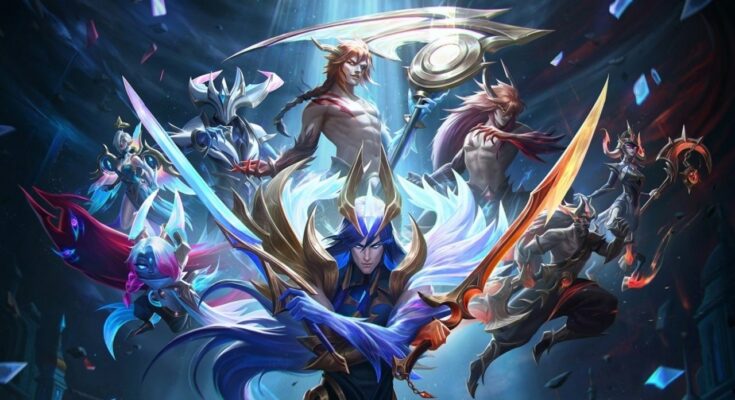 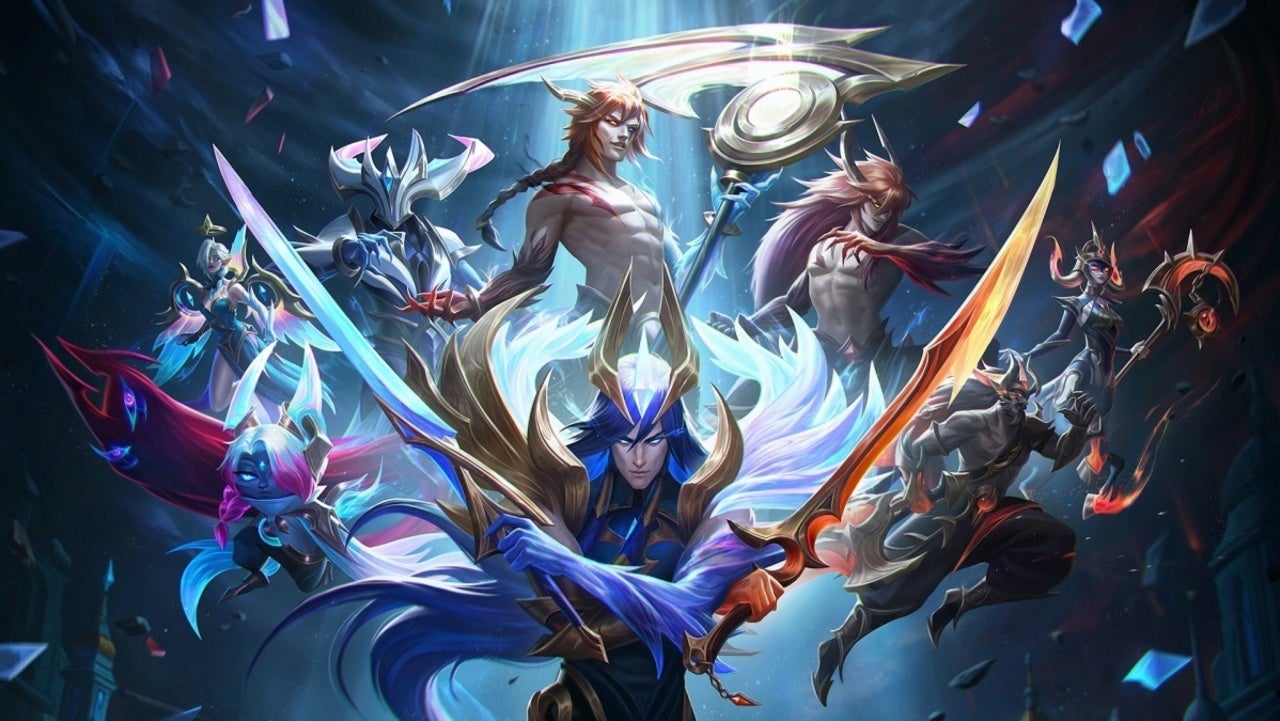 Riot Games is expanding League of Legends’ collection of Nightbringer and Dawnbringer skins soon with six new skins being added to the game. Yone, Lillia, Morgana, Tryndamere, and Kayn will all get new skins from that alternate universe while Vex, the game’s newest champion, will get her own Dawnbringer skin, too. Splash artwork for these skins has already been revealed ahead of their arrival on the PBE for testing before going live for everyone.

The skins can be seen below courtesy of one of the League of Legends Twitter accounts that shared the artwork this week. We have Vex on the far left and then Morgana next to her, both on the Dawnbringer side of the cause. Opposite them is Tryndamere on the bottom-right with Lillia up and to the right of him.

The more interesting skins of this bunch, however, are the ones given to Yone and Kayn. Yone’s features elements of both the Nightbringer and Dawnbringer themes, though his skin skews much more towards Dawnbringer than the former.

Kayn’s skin is one that people have been waiting on for a while now with the champion getting his last skin, Odyssey Kayn, nearly three years ago now. Riot has been open in the past about the time investment Kayn skins require due to the champion’s transformations which essentially call for three different cosmetics, not just one. The image above shows the base version of Kayn in the middle just above Yone while the Rhaast transformation is on the left and the Shadow transformation on the right. It’s worth noting that Riot’s flipped the colors people would expect the skins to feature with Rhaast on the Dawnbringer side and the Shadow transformation with the Nightbringers.

These Dawnbringer and Nightbringer skin themes first launched around four years ago whenever Riot announced the Order vs. Chaos event featuring Nightbringer Yasuo and Dawnbringer Riven. Those were the first champions to get these sorts of skins, and after that, Riot has expectedly expanded on the collection. It’ll grow even larger soon when these new cosmetics are added, but not until they’ve had some time on the PBE for testing.