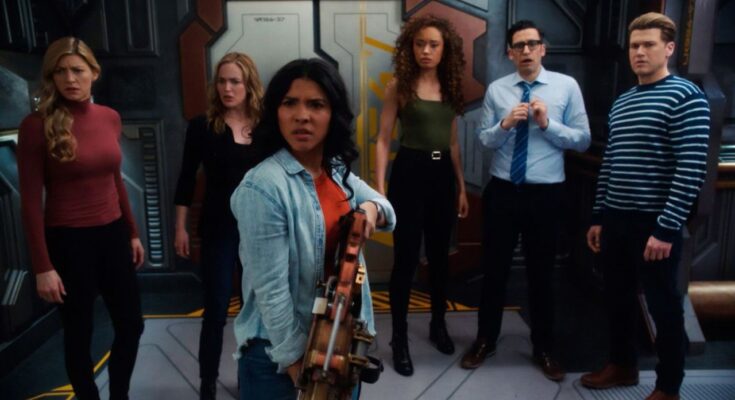 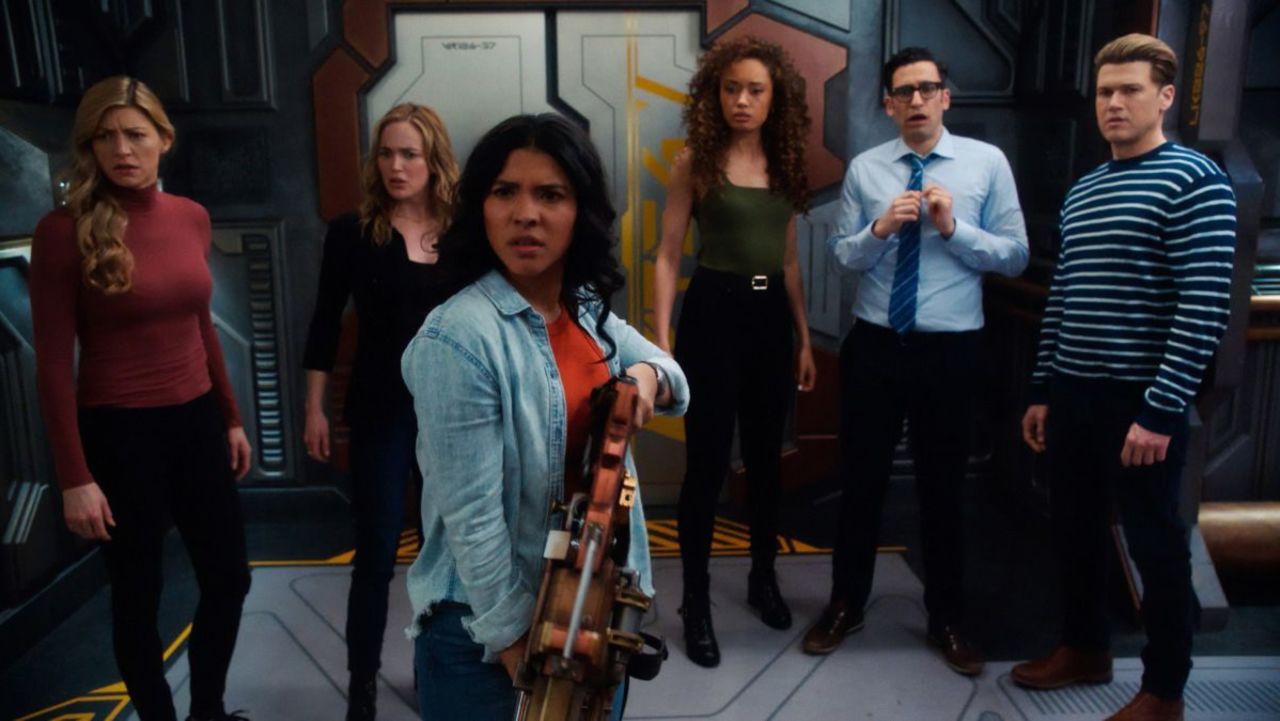 The CW has released photos for “Silence of the Sonograms”, the August 22nd episode of DC’s Legends of Tomorrow. The episode will see the Legends dealing with an unwanted guest on the Waverider, but it will also see Rory likely getting close to his “due date” with the alien eggs embedded in the back of his head. It’s a scenario that sees Gary try to help Rory given that Gary is the same race of alien as Kayla, who embedded the eggs in the first place so hilarity should ensue.

But the photos from the episode seem to point to Zari, Astra, and Spooner’s efforts to find out what is going on with Constantine. After having lost his magic earlier in the season, Constantine has regained it with the use of a mysterious potion given to him by a vampire, something that has had some dire consequences.

You can check out the official episode synopsis below and then read on for the photos.

LETTING YOUR GUARD DOWN – With the Legends on high alert with their unwanted guest in their custody, Ava (Jes Macallan) is tasked with the interrogation while Nate (Nick Zano) and Sara (Caity Lotz) watch. Rory (Dominic Purcell) is struggling with the terrible pain in his head and Gary (Adam Tsekham) tries to help to manage it the best he can. Meanwhile, Zari (Tala Ashe) enlists Astra (Olivia Swann) and Spooner’s (Lisseth Chavez) help to figure what is going on with Constantine (Matt Ryan). Shayan Sobhian also stars. Nico Sachse directed the episode written by Phil Klemmer & Morgan Faust.

DC’s Legends of Tomorrow airs on Sunday nights at 8 p.m. ET/PT on The CW. “Silence of the Sonograms” debuts on August 22.