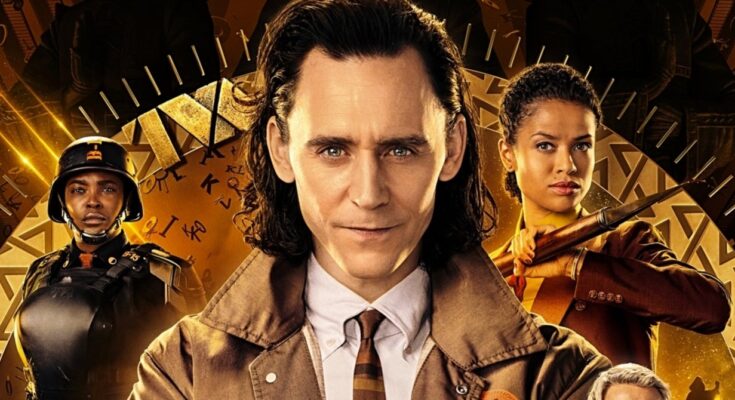 Loki episode 4 includes the series’ first end credits scene, and like the best Marvel Studios post-credits button scene moments, it brings a game-changing twist! (No Spoilers) That’s all we’ll say here, up top, as many viewers may have been left in too much of a state of shock from all the other big revelations in Loki Episode 4 to hang around for the end credits scene. But do not miss this! The final scene of Loki episode 4 is both a crucial epilogue to the story and a geektastic Marvel deep-cut that will have casual Marvel Cinematic Universe fans scrambling for answers. Nuff Said.

Read on if you want to know what happens in Loki episode 4’s End Credits Scene – and what it means.

Unfortunately for Loki (Tom Hiddleston), the end of Episode 4, “The Nexus Event” sees him get the bad end of one of the TVA’s pruning sticks, which seemingly erase variants from the Sacred Timeline. Loki dies while about to profess his love for his counterpart Sylvie, only to wake up in a new realm. Loki wonders aloud if he is dead, and this new place is hell; a mysterious voice assures him that he is not dead yet, but if he doesn’t join them he soon will be. Loki looks up to see three figures – including the “Classic Loki” from golden age Marvel Comics (Richard E. Grant) and “Kid Loki” from the modern age of Young Avengers stories.

Loki’s end credits scene suggests that like everything else at the TVA, the deletion process isn’t what it seems: variants and timelines may not have been destroyed so much as relocated to another pocket of the multiverse. However, if Classic Loki’s ominous warning is true, it could be a process like email or photos: “deleting” puts things in trash bin space, before you get to “permanently delete” it forever. If anyone could escape permanent deletion, it would be Loki – in whatever form he (or she) comes.

Loki episode 4 truly did burn down the house in a sense, as there were major revelations about the TVA and the Time-Keepers supposedly in charge of it. While many Marvel fans expected to see Kang the Conqueror lurking at the top of that golden elevator in the TVA, fans were left in a moment of utter shock and panic seeing Tom Hiddleston’s Loki get disintegrated. However, Kevin Feige and Marvel Studios didn’t want too much of a riot on their hands, so this end credits scene assures anxious fans that Hiddleston is okay while introducing one hell of new mystery to unpack.

Tom Hiddleston gave fans fair (if cryptic) warning about what this Loki end credits scene would be revealing – and where it leads – when he spoke to Comicbook.com:

“I think [episodes] four and five, for me, that’s when the show takes these big leaps forward and I’m really, really intrigued to see what the people think of… Sort of, end of four, beginning of five, it’s like, ‘Poor Loki.’ If that’s possible to say! I’m afraid he is his own worst enemy. He gets in his own way.”

See what Hiddleston did there? “End of four, beginning of five…” He basically spelled out (without spelling out) that there was an end credits scene! The other part of his quote makes it seem as though these new Loki variants won’t necessarily be getting along like the best of chums…