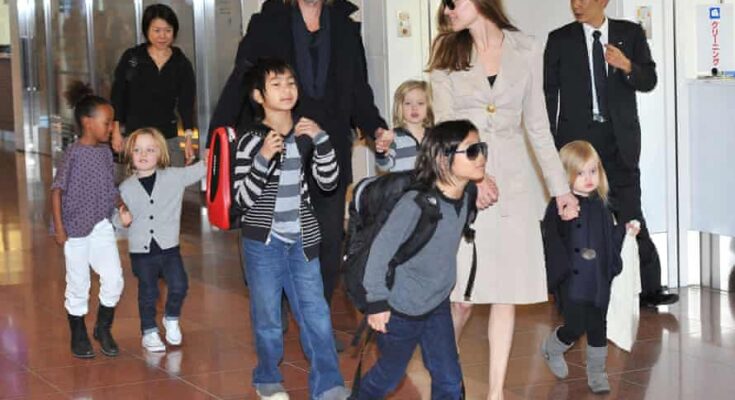 Jolie fought with Brad Pitt for working with Weinstein

Angelina Jolie reveals during an interview with The Guardian that she “fought” with her formal husband Brad Pitt for working with defamed film producer Harvey Weinstein.

Recently the actress opened up about her life in a interview with The Guardian in support of her new book named “ Know Your Rights And Claim Them: A Guide For Youth”. In that interview they asked Jolie about the actress’s experience of being disrespected in Hollywood. And she replied with “Well, no surprise, Harvey Weinstein. I worked with him when I was young.”

Jolie was featured in the 1988 film “Playing by heart” produced by Harvey Weinstein which was released by Miramax. She was 21 years old that time. It was then Jolie said when she had a bad experience with Weinstein. She shortly told it to the New York Times back in 2017.

In 2017 Weinstein was accused by several women for sexual harassment and misconduct. Because of these multiple allegations he was fired by his own company.

What said the actress?

In the interview Angelina said that in many cases women try to downplay any sexual harassment if they managed to escape the situation which is an assault itself. The actress added that it was something she had to escape from. She stayed away and warned others about Weinstein. She said she remember telling his first husband Jonny to spread the words about the producer to other guys and don’t let girls go alone with Weinstein.

Jolie refused a role in the 2004 movie “The Aviator” just because Weinstein was involved in that film. She said she never associated or worked with him again after the experience. “It was hard for me when Brad did” added Angelina. When she was asked more in detail questions by The Guardian about the topic she told them that she don’t want to go far off of the topic of the book.

Harvey is currently in prison accusing for rape and harassment.