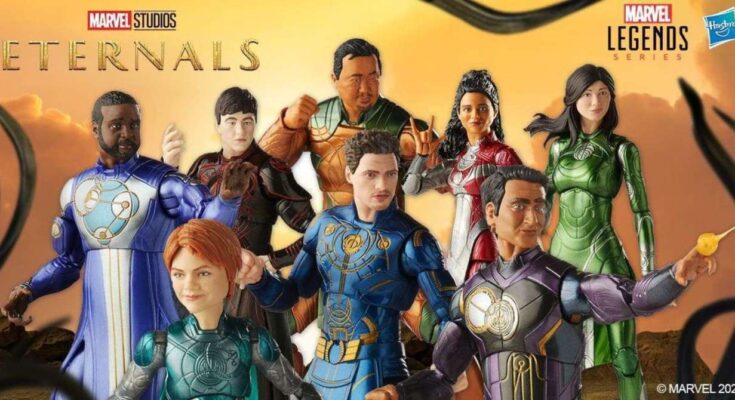 Last week, Hasbro debuted a Marvel Legends Eternals Gilgamesh Build-A-Figure wave alongside a Spider-Man: No Way Home Armadillo Build-A-Figure wave, an Eternals Gilgamesh BAF wave, an Iron Spider Marvel Legends roleplay helmet, and more during a Fan First livestream event. The Spider-Man: No Way Home wave and the Iron Spider helmet both went up for pre-order, but the release date of the Eternals wave was up in the air. Turns out today was the day. Here’s the full breakdown…

The Spider-Man: No Way Home BAF wave includes Marvel Legends figures of Integrated Suit Spider-Man, Black and Gold Suit Spider-Man, J. Jonah Jameson, Doctor Strange, Morlun, and Marvel’s Shreik, and a Miles Morales Spider-Man. These figures include numerous accessories as well as a Build-A-Figure piece that combine to form Armadillo. Pre-orders for this entire wave are available here at Entertainment Earth now for $22.99 each.

The breakdown of the Eternals wave along with the additional Marvel Legends items that were announced can be found below along with a gallery of images. Pre-order links are added where available – they will update as the figures go live.