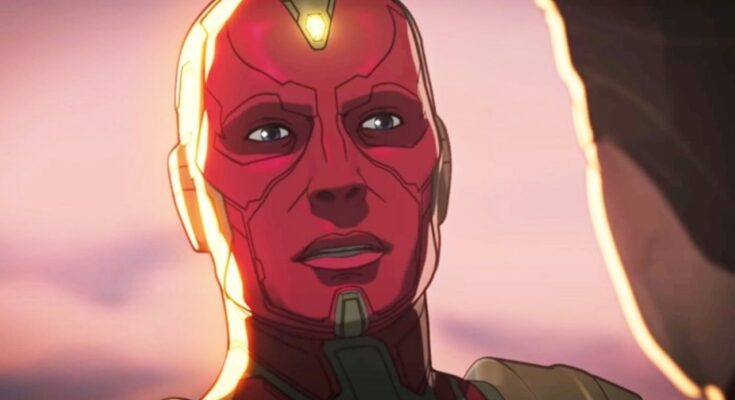 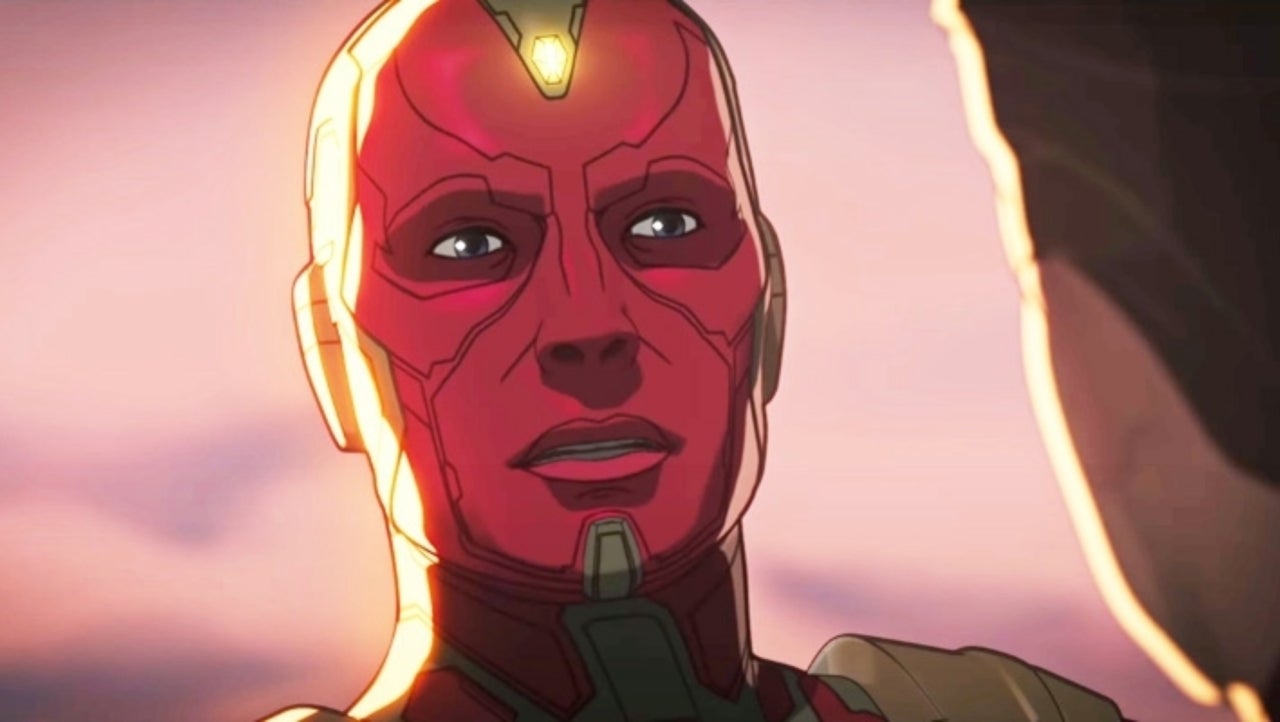 Vision can’t catch a break. Earlier this week, Marvel Studios released another trailer for Marvel’s What If…? and in it, the Mind Stone is ripped from the android’s head — again. Furthermore, the House of Ideas turned around and released the first official poster for the show, revealing Vision’s complete look for the series, a move that quickly worried most fans of the character.

You see, in the poster, Vision is encased in what appears to be an Ultron body or armor. On top of that, the armor is embedded with all six Infinity Stones, suggesting Vision will be involved in an episode where Ultron succeeds at his plans in Avengers: Age of Ultron.

Suffice to say, fans of the character are pretty worried about his well-being as What If…? aims to launch within the next month. And the cherry on top of it all, it’s still unclear if Paul Bettany will be the one to voice the character in the animated series. While the vast majority of the Marvel Cinematic Universe talent is returning to voice the same roles in animated forms, actors like Robert Downey Jr., Chris Evans, Brie Larson, and Benicio del Toro opted to open their roles for other actors in the animated series.

Keep scrolling to see what everyone is seeing.

So, yeah…
like most fans, the image that jumped out at me
the most was the one of #Vision.

Because it sure looks like Ultron accomplished
his original plan, and took over Vision’s body
AND
captured all the Infinity Stones.

Marvel’s What If…? debuts on Disney+ on August 11th. If you haven’t signed up for Disney+ yet, you can try it out here.

What characters or teams would you like to see get an animated series? Let us know your thoughts in the comments section or by hitting our writer @AdamBarnhardt up on Twitter to chat all things MCU!