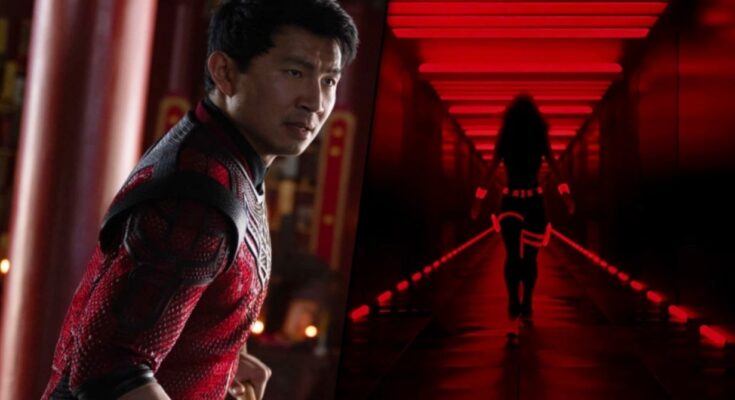 A Black Widow makes a cameo in an official clip from Marvel’s Shang-Chi and the Legend of the Ten Rings. In the clip, Jon Jon (Ronny Chieng) shows martial arts master and viral bus-fighter Shang-Chi (Simu Liu) around an underground fight club where the sorcerer Wong (Benedict Wong) battles the Abomination (voice of Tim Roth) in the central ring. Spectators cheer and jeer at low-level fights taking place from behind glass in windowed cells, where a Red Room-trained Black Widow grapples with an Extremis-powered fighter (a leftover from 2013’s Iron Man 3).

Black Widow and Shang-Chi stunt performer Jade Xu reprises her role as Helen, one of the Widows freed from Dreykov’s (Ray Winstone) control by Natasha Romanoff (Scarlett Johansson) in this summer’s Black Widow. Marvel Studios chief Kevin Feige was the first to hint that Xu, a real-life multiple World Wushu Champion, would make “a brief cameo in a future Marvel movie” during a Black Widow watch party in July:

One of the Widows, Jade Xu, was born in China, and is a multiple World Wushu Champion. She may even have a brief cameo in a future Marvel movie… 👀 #BlackWidowWatchParty

Xu’s Helen is one of several named players to cameo in Shang-Chi, which picks up plot threads or characters left dangling from previous Marvel Studios movies like The Incredible Hulk and Iron Man 3. Some of these threads will continue on elsewhere in the expansive Marvel Cinematic Universe, both on the big and small screen.

“Abomination, a lot of those characters who are just popping into our movie for a little bit are there for a reason,” Shang-Chi director Destin Daniel Cretton teased in an interview with ComicBook, “and are there for reasons that are yet to be discovered, either through our movie or other movies that are coming out.”

READ: How an Iron Man 3 Character Returns in Shang-Chi