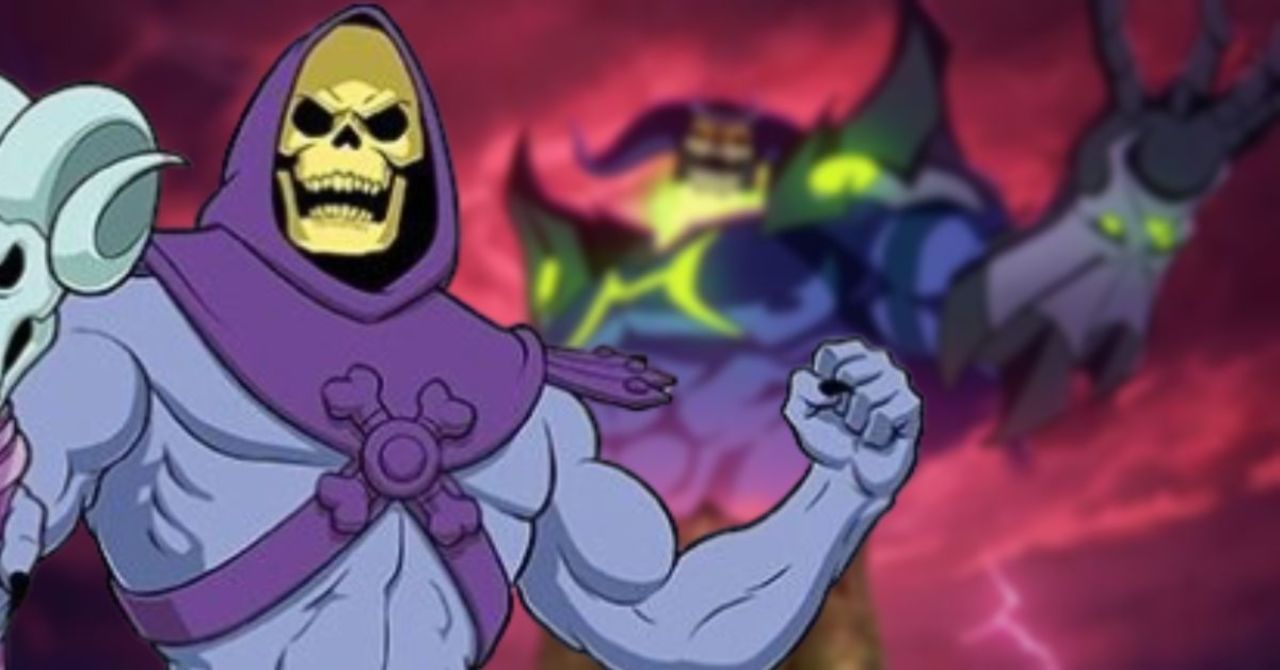 Warning! Major spoilers for Masters of the Universe: Revelation to follow! The first part of the much anticipated new animated take on He-Man and the Masters of the Universe from Mattel Television and showrunner Kevin Smith finally debuted with Netflix earlier this month, and brought its first part to an end by unleashing a powerful new form for Skeletor. While the first five episodes of the series admittedly did not feature as much of the central duo of He-Man and Skeletor as fans of the classic animated series had expected, Skeletor came back in the final episode with a vengeance.

After seemingly dying in the premiere episode as he and He-Man struggled over the split Sword of Power, Skeletor revealed in the finale that he had actually been hiding a piece of his essence within Evil-Lyn’s staff and brought himself back to life when Adam had used the newly reforged Sword of Power to bring magic back to Eternia. But it ended up in Skeletor’s hands, and within the sword finally under his command, Skeletor brought the power of Grayskull unto himself and unlocked a powerful new form as the Master of the Universe. Check it out below as spotted by @Sharmaine199 on Twitter:

Killing Adam before taking the sword for himself, Skeletor unleashed this powerful new form that towered over Castle Grayskull as he revealed he’s now become the Master of the Universe. As for what this new form is named, Kevin Smith revealed in the official Aftershow for the series that the team refers to this form as “Skelegod.” This is how the villain is referred in the official Mattel toy releases for this form’s figure as well, but we have yet to hear “Skelegod” uttered in the series as of the first part’s finale.

We’ll be seeing Skelegod in action as Smith teased what’s to come in Part 2 of the series, but unfortunately Masters of the Universe: Revelation has yet to set a release date for this next half. That also means it’s the time to catch up with the first five episodes, and ComicBook.com’s Evan Valentine reviewed the series (which you can find here). Stating the following about its debut,”Smith and company really dive headfirst into the history of Eternia with this new series, exploring a lot of territories that are sure to satiate die-hard fans while also helping to bring in new viewers…At its heart, Masters of the Universe: Revelation is a love letter to the world of Eternia from Kevin Smith and crew, and it’s one that’s most assuredly worth reading.”

What did you think about Skeletor unlocking this new form with the Sword of Power? What did you think of Masters of the Universe: Revelation’s finale? How did you like the first five episodes overall? Let us know all of your thoughts about it in the comments! You can even reach out to me directly about all things animated and other cool stuff @Valdezology on Twitter!