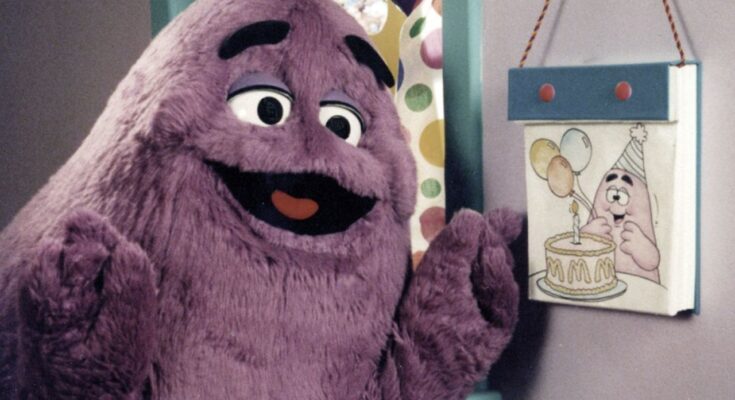 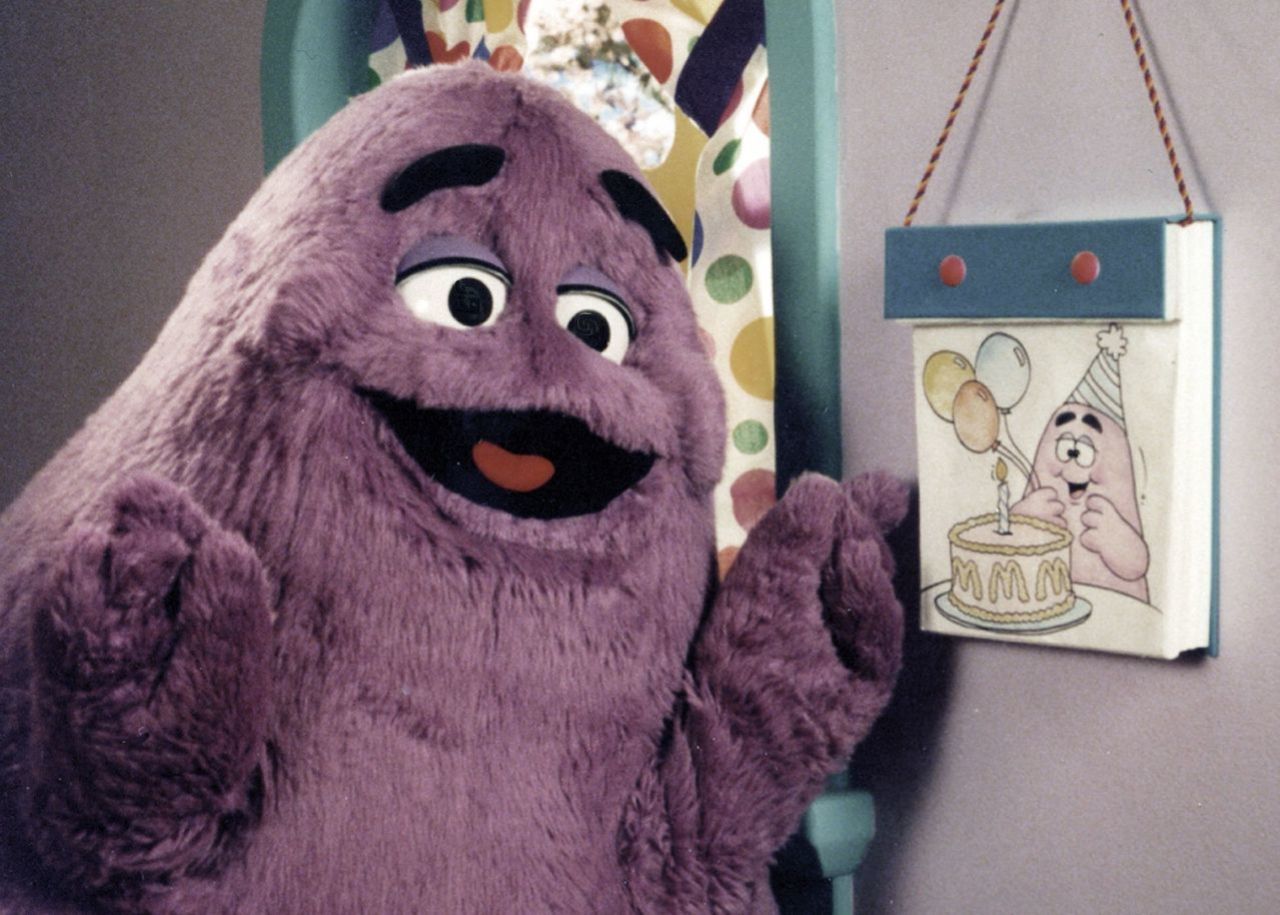 Everybody who ever watched the Clerks cartoon knows, nothing can kill the Grimace. But what, exactly, is the creature? It’s one of the longest-running mysteries in the strange lore of McDonaldland characters. The two most prevalent rumors are that he’s a “milkshake monster” or a giant tastebud. The latter, it seems, is supported by at least one McDonald’s manager, and after he stated it pretty matter-of-factly, the internet has taken it up as something to freak out about, debate, and debunk. McDonald’s has remained mostly silent on the matter, since they tend to like the mystery, and sometimes just answer the question of what he is with “He’s a Grimace.”

Per the McDonald’s Wiki, Grimace is “a large, purple anthropomorphic being of indeterminate species with short arms and legs. He is known for his slow-witted demeanor. His most common expression is the word ‘duh’ before every sentence.”

McDonald’s manager Brian Bates of Windsor, Ontario, Canada, is the one who said in a recent interview that Grimace “is an enormous taste bud, but a taste bud nonetheless.”

The character has been portrayed by only a handful of people — two in the suit (officially) and three more as its voice. Frank Welker and, sometimes, Larry Moran voiced Grimace in the commercials, and Kevin Michael Richardson in the VHS series “The Wacky Adventures of Ronald McDonald”. He was portrayed by Patti Saunders from 1971-1984 and Terry Castillo from 1984-2003.

You can see some of our favorite tweets about it below.

I don’t believe it

I don’t get the purple part. Is this so called “tastebud” lacking oxygen? Why is it purple not pink? I don’t believe it. Grimace was just some purple creature that liked milkshakes. This was the age of H. R. Pufnstuf. We didn’t question what things were, we just bought it.

No joke-I know a woman who played Grimace for over 15 years in McD commercials in the 80s and 90s. She WAS Grimace.

She just said that Grimace was never referred as a tastebud. She said McDonald’s execs referred to him as a GUMDROP MONSTER. Grimace has spoken. Done.

so if Grimace is a tastebud, where’s the rest of the giant he grew on?

well once I got past the tornado in town I read that McD’s Grimace is really a tastebud and then I felt better.

The Grimace is an entity unto itself. Calling it a tastebud is the worst recton idea I ever heard.

I don’t buy it. Grimace was born a four armed milkshake thief and only became the lovable lump when they figured out he scared the crap out of kids. Not tastebud material. He’s an alien if anything. https://t.co/8rZJ4jE2wX