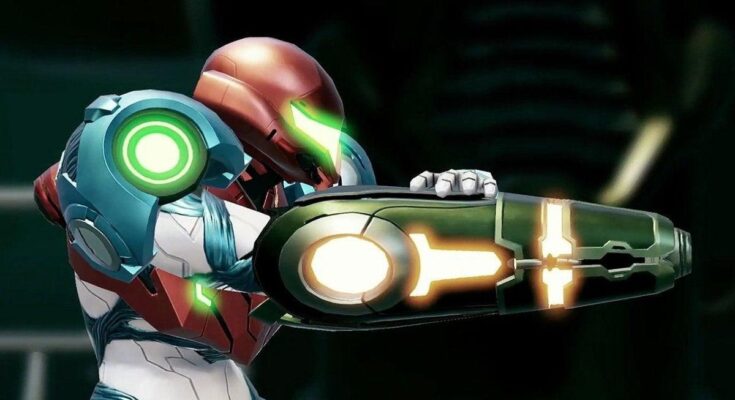 Metroid Dread is coming to Nintendo Switch in a few short weeks, and some retailers are offering fun pre-order bonuses. Fans will have to decide where they want to snag the game, but Walmart has now revealed its own offering: a sleek coffee mug wrapped in key art from the game! For Metroid fans in the market for a new coffee mug, it’s a great looking option, and it’s a nice freebie for anyone still on the fence about where to buy the game. Those interested in pre-ordering the game from the retailer can do so right here.

An image of the coffee mug alongside Metroid Dread can be found below.

For those unfamiliar with the title, Metroid Dread represents the newest entry in the series timeline, following 2002’s Metroid Fusion. The game will see Samus encountering a new opponent, the robotic EMMI. EMMI appears alongside Samus on the coffee mug from Walmart, and is even getting its own amiibo launching alongside the game. Metroid merchandise tends to be a bit less prolific than items based on some of Nintendo’s other franchises, so fans of the series might want to scoop up what they can while these items are available!

Metroid Dread will release October 8th, exclusively on Nintendo Switch. You can check out our previous coverage of the game right here.

Do you plan on picking up Metroid Dread? What do you think of this pre-order bonus? Let us know in the comments or share your thoughts directly on Twitter at @Marcdachamp to talk all things gaming!