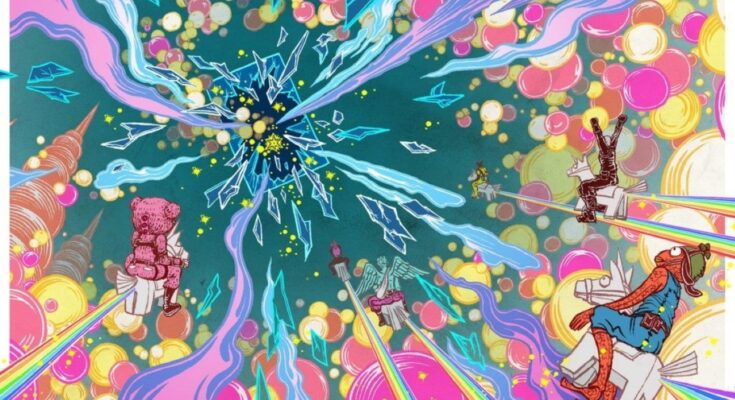 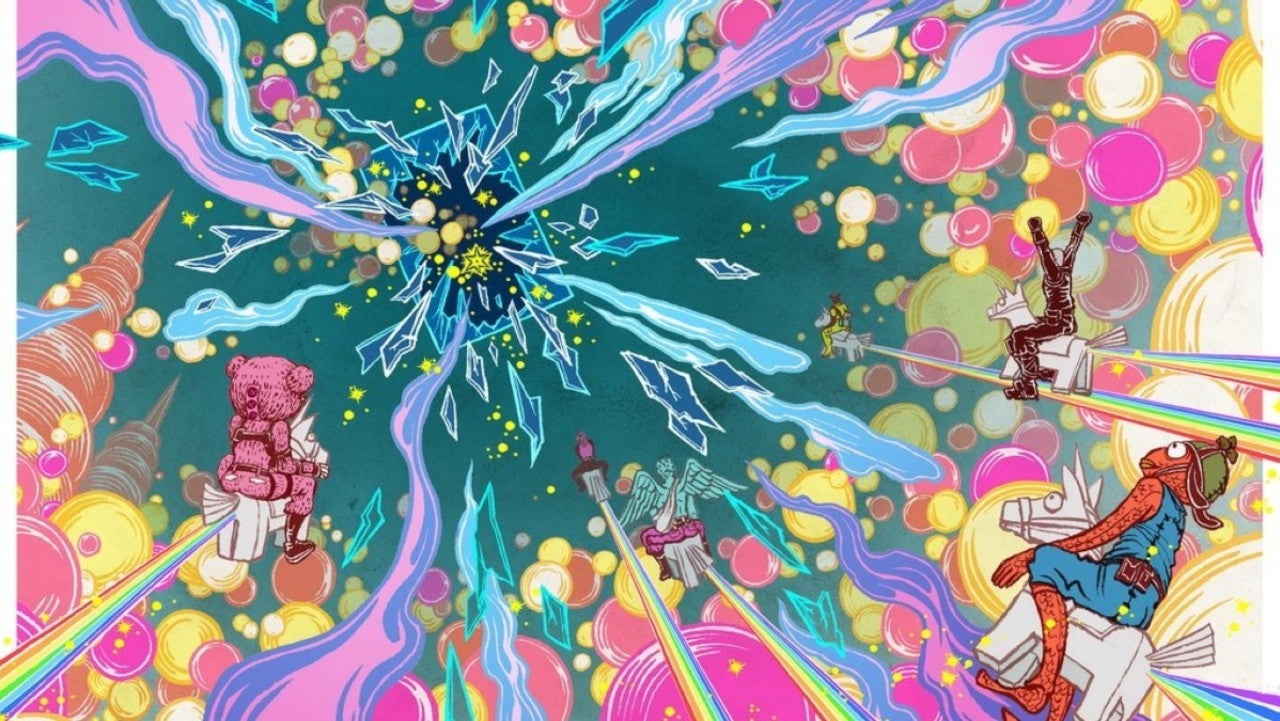 Fortnite‘s Rift Tour event featuring Ariana Grande might be over, but thanks to Mondo, you can get yourself a piece of the in-game event to put on your wall with a new limited-edition screenprinted poster. More specifically, Mondo has announced that it has partnered with Fortnite developer Epic Games to produce a number of different goodies based on Fortnite, and the screenprinted poster is supposed to be the first of “all sorts of fun stuff” to come.

The first screenprinted collaboration takes Yuko Shimizu’s art from one of the Rift Tour loading screens for a 36″ by 24″ poster with an edition size of 320. As of right now, it remains available in Mondo’s shop for $50, but given how fast these things tend to go, it likely won’t be for very long. According to the official store listing, the posters are limited to one poster per person and household, and are expected to ship in December 2021. You can check out what Yuko Shimizu’s Fortnite: Rift Tour poster from Mondo looks like below:

Gamers, here is your new loading screen for @FortniteGame Also available as a limited edition print from @MondoNews released tomorrow at 11AM CDT. https://t.co/tH9QTAOFaE pic.twitter.com/UdLAMfnI9Y

As noted above, the Fortnite: Rift Tour poster is currently available to pre-order from Mondo for $50. The Rift Tour event itself is over. As for Fortnite itself, the popular free-to-play video game is in the midst of Chapter 2 – Season 7 and is currently available on most major platforms, but the iOS version, specifically, has hit a snag after Epic Games intentionally set off a chain of events that caused it to be removed from the App Store. The legal fight over that decision is ongoing, but the short version is: nobody is playing Chapter 2 – Season 7 on an iPhone right now. You can check out all of our previous coverage of Fortnite right here.

What do you think of Fortnite‘s Rift Tour concert with Ariana Grande? Are you interested in picking up the Mondo poster for yourself? Let us know in the comments, or feel free to reach out and hit me up directly over on Twitter at @rollinbishop to talk about all things gaming!