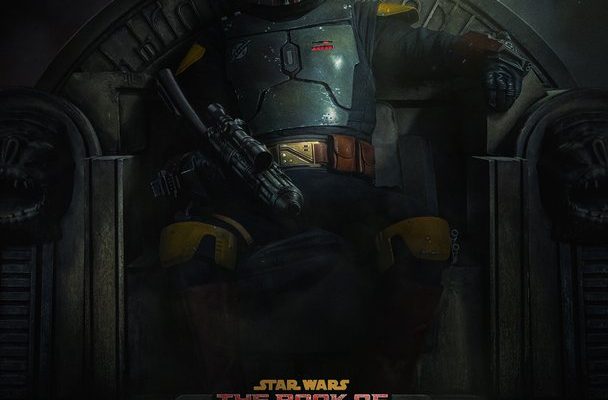 Disney+ has unveiled the much-anticipated release date of their show The Book of Boba Fett. The series is a spin-off of the hit series The Mandalorian. Announced by Disney+ on Wednesday that the much-awaited series will premiere this year on 29th December. Disney has been very quiet as to slip any details about the new series. The executive producers of the series include Jon Favreau, Dave Filoni, Kathleen Kennedy, and Robert Rodriguez.

The series will star Temuera Morrison as Mr. Fett and Ming-Na Wen as Fennec Shand. The official plot of the series by Disney is that The Book of Boba Fett will be a thrilling spin-off about the legendary bounty hunter Boba Fett and mercenary Fennec Shand. They will navigate the Galaxy’s underworld, claim their stake and rule the territory once owned by Jabba the Hutt.

His story is only beginning. The Book of @BobaFett, an all-new Original Series, starts streaming December 29 on @DisneyPlus. #TheBookOfBobaFett pic.twitter.com/bWPg0D0Z6l

Overview of the series

Fans got the hint of the series after the season 2 finale of The Mandalorian. Where we see the Return of the Jedi character Bib Fortuna. Fortuna, who was Jabba’s right-hand man sitting on his throne. Consequently, Fennec enters the scene shooting all the creatures around him. After which Boba enters.

Having to see him, Bib says to Boba that he thought he was dead and then shoots him and takes Jabba’s throne. After this, the screen rolls and says the new “The Book of Boba Fett” coming to your screens in December 2021.

Disney has said that there would be around 10 different spin-off series from Star Wars. Out of which, The Rangers of the New Republic, and Ahsoka Tano are announced. This month Star Wars: Visions, an anime series of Star Wars, also premiered. Upcoming series Obi-Wan Kenobi and Andor are also set to premiere in 2022.