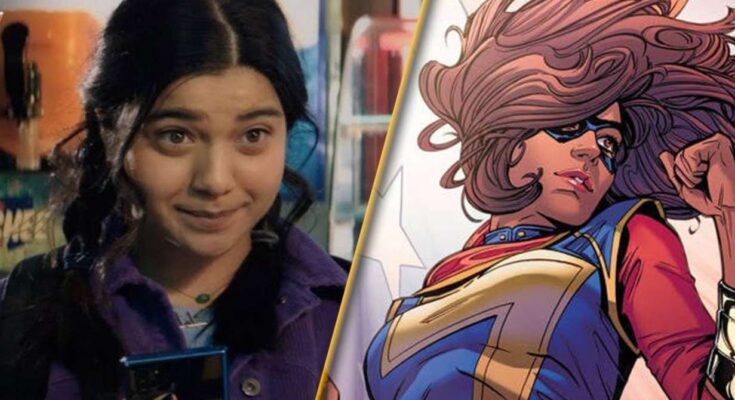 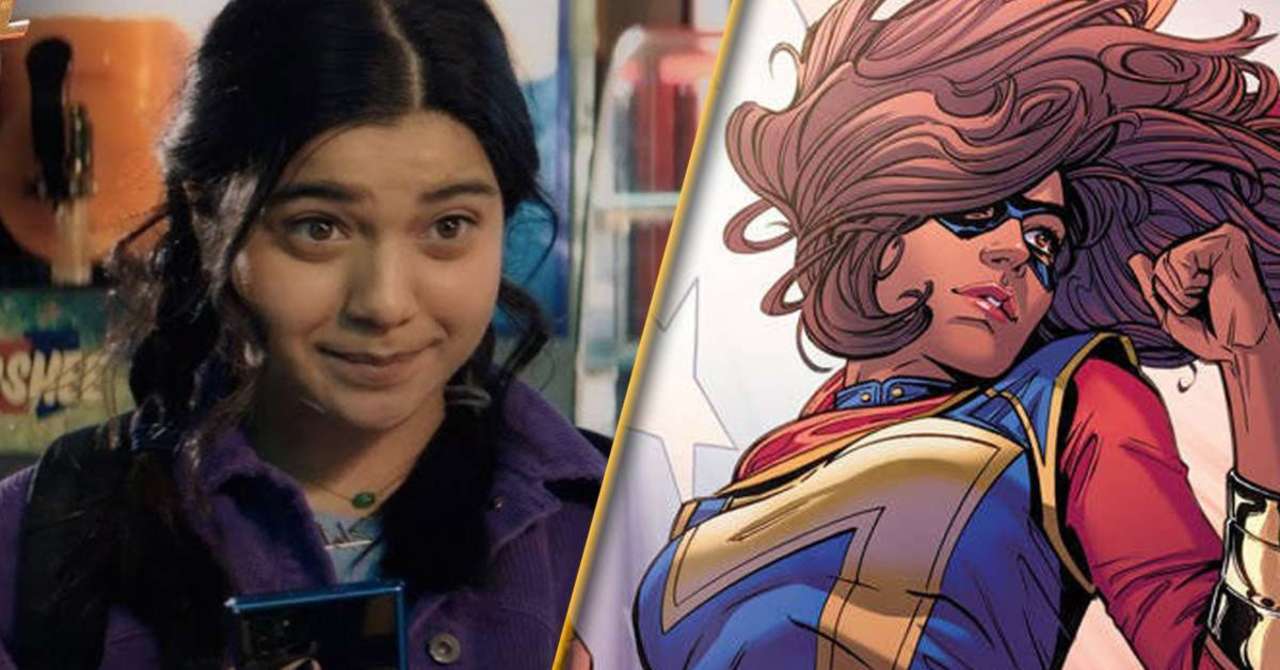 In a move that is sure to have fans convinced that she actually is her character a video of Ms. Marvel star Iman Vellani that was made in tribute to fellow hero Iron Man has surfaced online and it’s adorable. Posted back in May and only noticed now, the video, seemingly shot in quarantine, is title “I don’t wanna b alone :(” and features the Billy Joel song of the same name accompanying it. In the video Vellani can be seen hanging around their room with an Iron Man poster on the wall, an Iron Man decal on the laptop, and rocking Captain Marvel socks. As it progresses a stop-motion portion has a Kamala Khan action figure dancing with an Iron Man toy. It’s precious, watch it below!

Though reports of Iman Vellani’s casting as Ms. Marvel popped up in the autumn of last year, Marvel Studios didn’t confirm it all until Disney Investor Day in December. In addition to being front and center in her own Disney+ series, her first work as an actress, Vellani was also confirmed to be reprising her role in the upcoming sequel The Marvels, starring opposite Brie Larson as Carol Danvers / Captain Marvel and Teyonah Parris as Monica Rambeau. Candyman’s Nia DaCosta direct the film which is now filming an scheduled for a November 11, 2022 release date, the Ms. Marvel TV series will seemingly arrive on the streaming servie before this.

“The fact that the show is being made and they’re including this character in the MCU is [what’s important],” Vellani said in Variety’s “Power of Young Hollywood” issue this summer. “I don’t really have to go out of my way and talk about being a Muslim and being Pakistani — it all comes out in the show. People seeing a person like me involved in a project as big as this is, I think, inspiring enough.”

I don’t wanna b alone 🙁 from IMAN VELLANI on Vimeo.

Ms. Marvel will follow the adventures of Kamala, a Muslim teenager who idolizes Captain Marvel and other Marvel heroes, and who uses her shapeshifting powers to fight crime in Jersey City.

A recent rumor about the TV series pointed toward a potential change in Kamala’s super powers which would not only be a major shift from the comics but put her in a place that makes some of her most unique moments impossible. Marvel has not commented on these rumors but a reference to “Embiggen” and her shapeshifting abilities in the above video might throw some water on them.