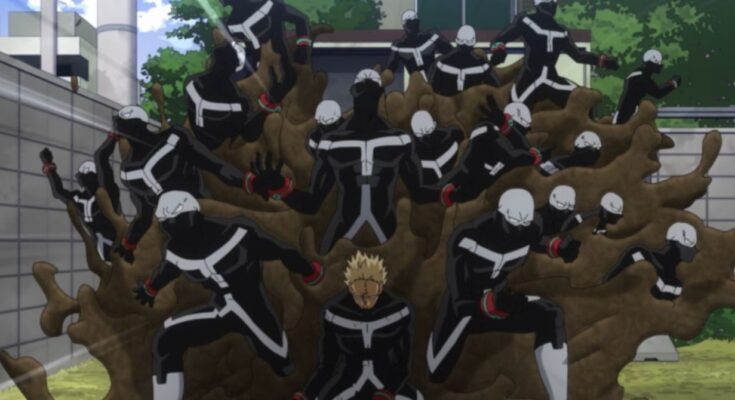 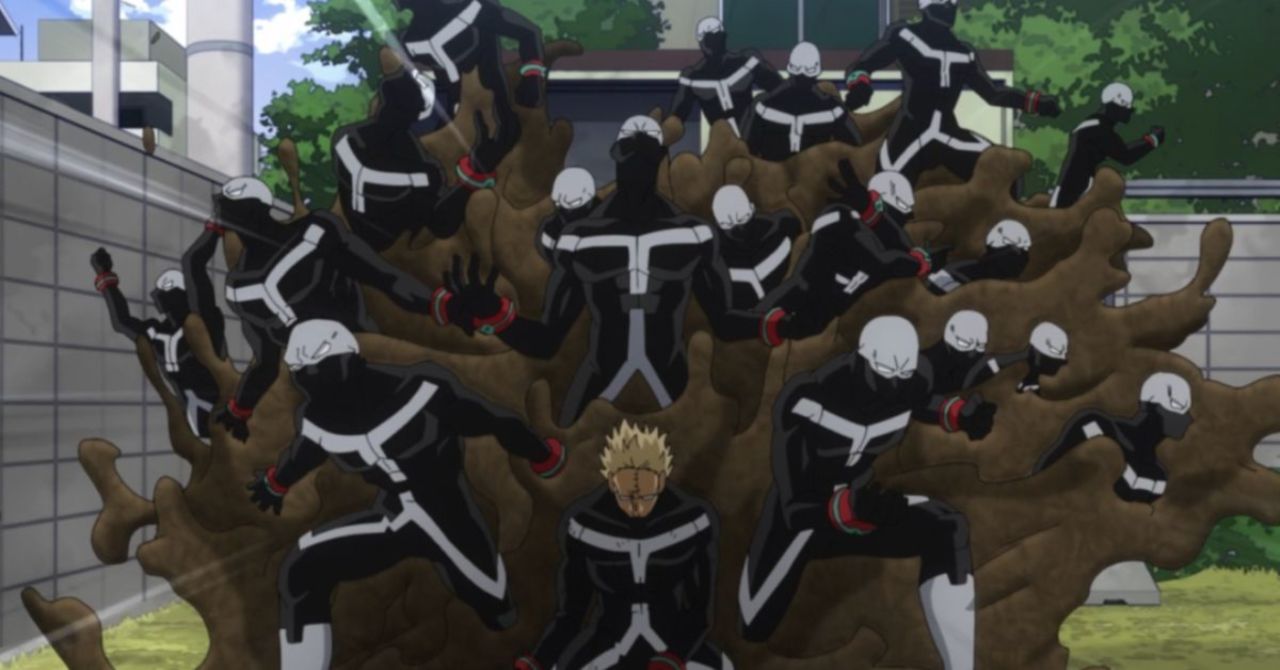 The newest episode of the season focused on Twice’s struggle as he not only attempted to save Toga (after finding her bloodied body in the previous episode), but he’s also confronted with his identity traumas from his past as part of the Meta Liberation Army’s scheme. Twice instead powers through all of this and unleashes a new ultimate move sprung from his Double quirk that he dubs the “Sad Man’s Parade.” Check it out below as shared by @Atsushi101X on Twitter:

Episode 111 of the series revealed that the Meta Liberation Army was planning to do everything they could to get Jin Bubaigawara to join their side. After revealing their intent to use his quirk to copy Re-Destro (and always keep the icon of the Meta Liberation Army living regardless of what happened to the real supreme leader), the newest episode then took this further by revealing that Skeptic was using Twice’s weakness to render him unable to fight.

Skeptic used his quirk to create a set of puppets that looked just like Twice, and was planning to amplify Twice’s own mental traumas. Instead, Twice has dug deep and realized through this fight that he was truly real and not one of his doubles that he had feared he was this entire time. This new acceptance of himself allowed him to fully unleash the potential of his quirk and his ultimate move then flooded Deika City with tons of copies of himself.

Each one is fairly delicate and fades with a single attack, but the number is so overwhelming that it quickly swings the fight in the League of Villains’ favor. Now fans have gotten an idea of just how important Twice’s quirk can actually be. But what did you think of the Sad Man’s Parade in the newest episode? Let us know all of your thoughts about it in the comments! You can even reach out to me directly about all things animated and other cool stuff @Valdezology on Twitter!