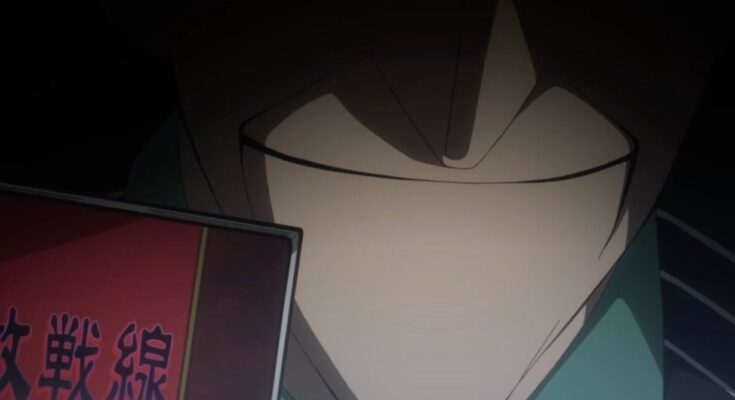 My Hero Academia dropped an ominous tease for the future of the fifth season with a glimpse at a mysterious new face. My Hero Academia‘s fifth season has now taken the first steps into a brand new arc that will officially begin in full with the next episode. This new arc, Endeavor Agency, is especially notable because it actually takes place after a fan favorite villain focused arc in Kohei Horikoshi’s original manga release. This shake up was even hinted at with the start of the newest episode that saw Tomura Shigaraki at the center of some major destruction.

This has made the rest of the fifth season all the more curious because we’re going to get to see how this came to be after the anime wraps this new Endeavor focused arc. Showing off what’s to come in this arc with a special trailer (which you can check out in full in the video above), My Hero Academia actually gave us a first look at a mysterious new character that’s going to play a huge role in this villain arc. To explain why it’s important, we’ll need to dive into spoilers a bit so watch out below:

Much of this new trailer is focused on the developments in the coming arc, but there’s actually one notable inclusion at around the :30 second mark. First there’s a look at Hawks in the middle of a dark room in front of a table full of mysterious figures, and soon a close up revealed this mysterious new face holding a familiar book that we had seen in a previous episode. This is actually the face of Rikiya Yotsubashi, the president of Detnerat, the company that had also been briefly mentioned during a news report in a prior episode.

Yotsubashi is one of the primary antagonists of the series that we’ll be meeting with the Meta Liberation Army arc (colloquially referred to as the “My Villain Academia” arc) coming next in the fifth season. This first look at the villain further confirms we’ll be seeing this arc before the season comes to an end, and probably won’t be many episodes before all of this villain focused chaos breaks out in full with the anime series as well.

What do you think of this tease for My Hero Academia’s fifth season? Excited to see the villains finally make a full return to the anime with this final arc? Let us know your thoughts in the comments! You can even reach out to me directly about all things animated and other cool stuff @Valdezology on Twitter!