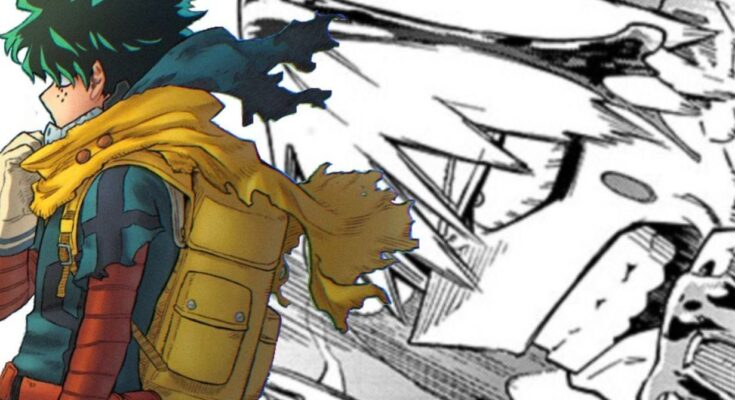 My Hero Academia revealed Katsuki Bakugo’s difficult decision about Izuku Midoriya with the newest chapter of the series! Kohei Horikoshi’s original manga has been nothing but intense ever since it kicked off its Final Act with Izuku Midoriya revealing he and All Might’s shared One For All secret to his former Class 1-A classmates with the intention of leaving U.A. Academy forever. But as we have seen through the latest string of chapters, his classmates are not exactly going to take this lying down as they are now doing everything in their power to get through to him.

The previous chapters of the series kicked off Class 1-A’s fight against Izuku as they are trying to get him to snap out of his isolationist and self-sacrificing mindset through any means necessary. Bakugo has been particularly forceful as he knows more than anything how bad Izuku and All Might are for one another when left alone, but he cares so much about helping Izuku in this moment that he’s even willing to swallow his own pride and decide against himself in order to save his rival.

Chapter 321 of the series picks up with Izuku’s final effort against Izuku as he’s beginning to wear down. Although he’s physically fighting against them and still desires to fight on his own, part of his mind is beginning to give. That leaves room for their final effort to truly take effect. The class then devised a plan to keep up with Izuku’s speed and essentially formed a rocket with their various quirks to launch Izuku’s real savior.

As it’s soon revealed towards the end of the chapter, it’s nearly Bakugo but he decided to think more for Izuku than his own pride in himself. Knowing he’s got a lot to say to Izuku, he makes the tough decision to put it all in his class president Tenya Iida’s hands. Iida is the only one with enough speed to catch Izuku’s 100 percent One For All power, and Bakugo knows it. So instead of making sure he’s the one that gets through to Izuku, he ends up helping the class make their voices heard overall.

But what do you think of Bakugo making his difficult decision here? What do you think he wants to tell Izuku when they finally get a chance to speak to him? Let us know all of your thoughts about it in the comments! You can even reach out to me directly about all things animated and other cool stuff @Valdezology on Twitter!