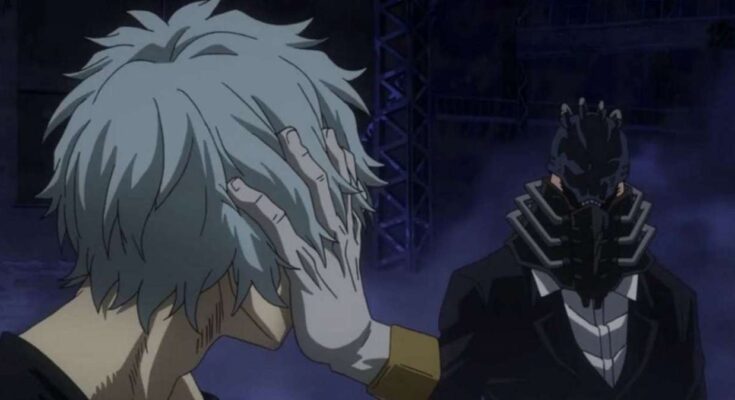 The VIllain Academia is in full swing in the anime adaptation of My Hero Academia, already revealing some major secrets behind the origin of Shigaraki, and it seems that the student of All For One is going to have to achieve an insane goal when it comes to becoming worthy of the all-powerful Quirk that his master wields. With the League of Villains encountering All For One’s top scientist, Dr. Garaki, Shigaraki and company are staring down the barrel of a rather large gun when it comes to attempting to make their wildest dreams come true and shatter hero society.

As Dr. Garaki explains, the mad scientist can’t see Shigaraki as the true heir to All For One until the young villains is able to perform a seemingly impossible task, aka bringing down the giant villain known as Gigantomachia and having the monstrosity call the leader of the League of Villains his master. With Gigantomachia being a perfect enforcer for the villainous being, thanks in part to his massive power set and ability to take on several Quirks at a time, the young villains are currently spending night and day attempting to take down the huge antagonist to little success.

Also in the latest episode, we had the opportunity to see the tragic beginnings of Shigaraki, who was taken in by All For One following a series of tragic events that befell his family. With All For One granting the young Shiggy the detached hands of his deceased family, that he has worn disturbingly on his body since the start of the series. Though Shigaraki is focused on Gigantomachia, the Meta Liberation Army isn’t settling for second place as they are currently leading the League of Villains into a war against their massive forces, afraid that the actions of the League might overshadow their own.

The aftermath of this villain war will set the stage for the sixth season of My Hero Academia, which becomes decidedly darker than anything we’ve seen before, with the villains finally launching their assault against hero society via the War Arc. Needless to say, dark times are ahead for Deku and the gang regardless of who wins the fight between Shigaraki and ReDestro.

What do you think of this insurmountable task that Shigaraki and his friends must accomplish? Feel free to let us know in the comments or hit me up directly on Twitter @EVComedy to talk all things comics, anime, and the world of UA Academy.