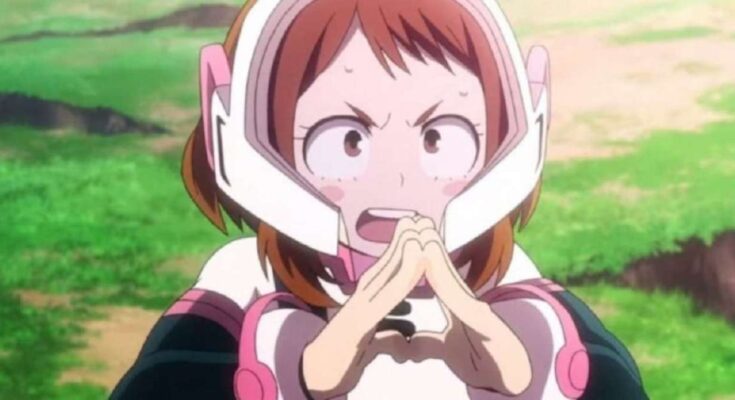 Izuku Midoriya has been through the wringer as of late, but his desire to be a hero has never once wavered. The same can be said for the rest of his classmates in My Hero Academia, but some are using this time to double down on their career. And despite her practical reason for becoming a hero, Ochaco has found a new goal to guide her way as she turns into a pro.

The reason was revealed recently when My Hero Academia put out its new chapter. It was there fans watched Izuku face the wrath of an angry crowd unwilling to give him sanctuary. It was down to Ochaco to change the crowd’s mind, and she spent some of her time monologuing about the real reason she wants to become a hero.

And what might that reason be? Well, Ochaco wants to help out her parents with finances, but she also wants to see people smiling. Her experience with heroes as a child pushed Ochaco to admire them less for their power and more for their ability to make people happy.

“I always loved seeing happy people,” Ochaco admitted. “My parents always looked so exhausted which was painful to see. And when I saw heroes in action for the first time, my gaze went straight to the faces in the crowd.”

Ochaco went on to say that heroes inspired the public to be happy, and she wants to bring that same joy to others in My Hero Academia. But now, the situation is all wonky as the public is anything but happy these days. As villains overrun the city, the pubic is too scared of Izuku to offer him the same helping hand he’s given them. But thanks to Ochaco’s passionate speech, the public is more willing than before to give Izuku sanctuary even if he’s a target of All For One.

What do you think about Ochaco’s goal? Does this make you love the heroine even more…? Share your thoughts with us in the comments section below or hit me up on Twitter @MeganPetersCB.