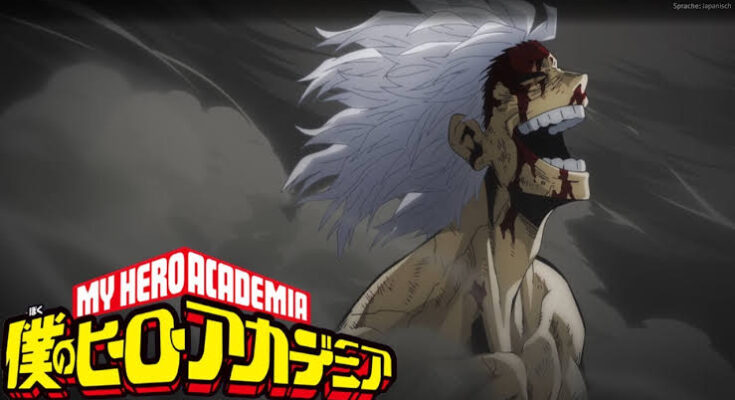 Major spoilers ahead, so proceed with caution

My Hero Academia‘s fifth season is one episode away from ending, and the show is going stronger than ever. Episode 23, titled “Tenko Shimura: Origin” showed some powerful revelations and twists. Similarly, Episode 24, titled “Tomura Shigaraki: Origin” continues to show the tragic and powerful origin of the Symbol of Fear. We see Shigaraki taking baby steps as a villain, contrasted with his current war against the Meta Liberation Army.

Re-Destro had stated earlier that Shigaraki is going through an awakening, and episode 24 brings it to life.

Tomura Shigaraki, born as Tenko Shimura is the grandson of Nana Shimura, mentor of All Might and the one who held One For All’s powers before him. Tenko was born with one of the deadliest of quirks: Decay. We see Tenko decaying individuals by accident. Seeing him destroy so many lives took out the innocense he had, and replaced it with deep-rooted levels of nihilism.

Tenko starts taking ownership for his actions after All For One meets with him. Moreover, we can see him as a parallel for Deku, only at extremes. While All Might brought out the heroic characteristics Izuku had, All For One poisoned Tenko’s mind and made him thrive in chaos.

Being good at being a monster

All For One convinces Tenko that retaliation against his bullies is necessary. He was able to quickly manipulate the young boy and make him his pawn. Tenko felt free after he made his bullies die brutal deaths, but his thirst for revenge against the heroes as a whole grows. Tomura Shigaraki is the name that All For One gave him.

We have now seen Tomura unleash the true power of his quirk, and causes havoc not only on Re-Destro, but the whole city. Shigaraki is far from redemption, but we will get to see how the series handles a tragic villain.