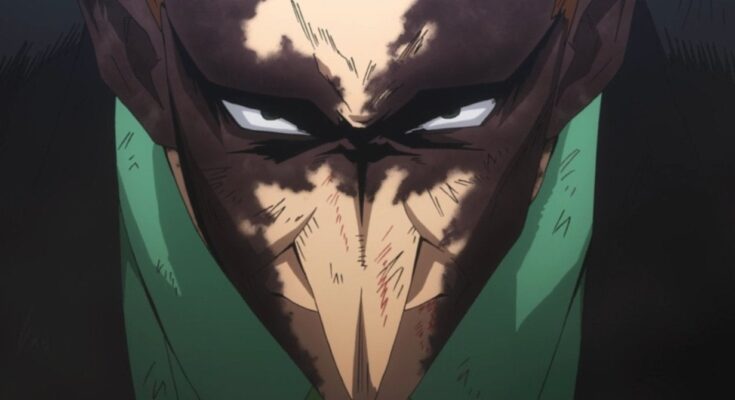 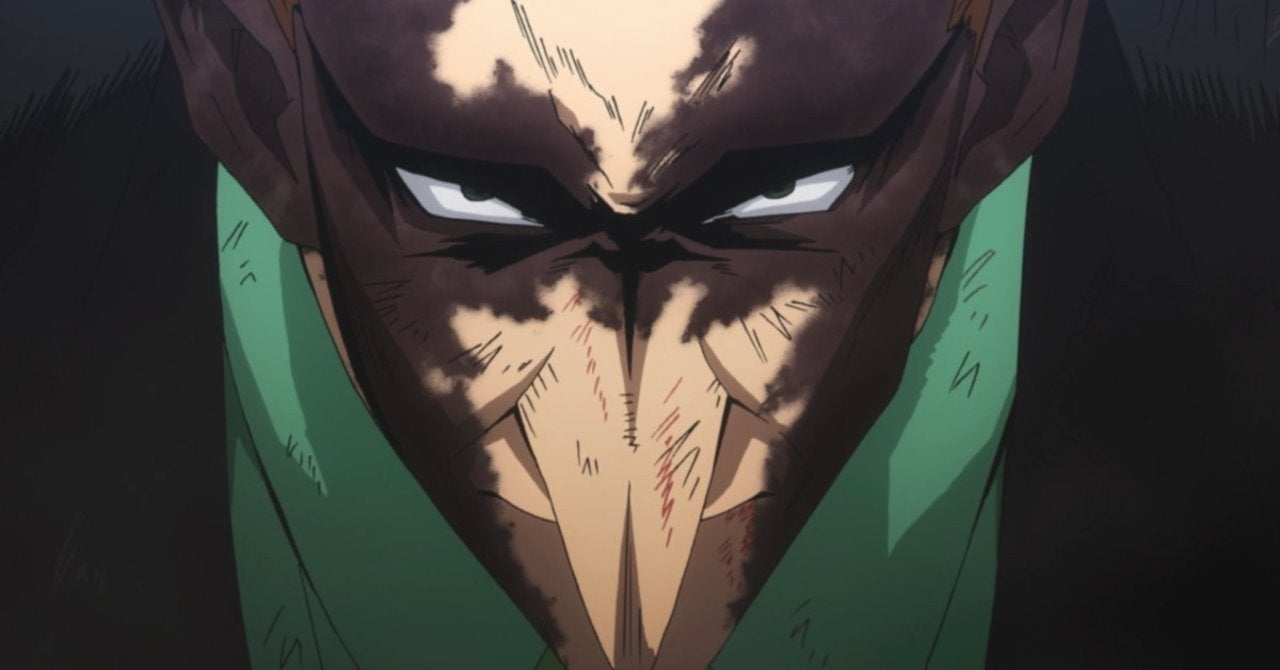 My Hero Academia has shared the first look at Re-Destro’s quirk with the newest episode of the anime series! Re-Destro has been one of the more curious additions to the franchise ever since he started making his appearance earlier in the season, but with the start of the My Villain Academia arc we finally got an idea of what his new villain is after. Serving as the Supreme Leader for the Meta Liberation Army group, a villainous armada that wants to take out their competition before moving onto the heroes, Re-Destro has a major bone to pick with Shigaraki.

He’s been standing around high in a tower while the rest of his army fights throughout Deika City, but that’s all changed with the newest episode of the series as the fight has been brought to him successfully thanks to Twice fully unleashing the power of his own quirk. But with Re-Destro now getting into the thick of things, we’ve also gotten our first look at his quirk that sees him growing parts of his body to massive new sizes.

Episode 110 of the series sees Twice unleash the full potential of his quirk and is able to cut through the Meta Liberation Army’s forces with the use of his infinite doubles. He makes it all the way up to Re-Destro himself, and through this we get to know Re-Destro a little bit more. He looks down on the League of Villains and easily cuts through the doubles with the use of his quirk that sees his arm grow to a huge new size. But a Shigaraki clone manages to survive that initial onslaught.

In talking to this version of Shigaraki, we not only get to see more of Re-Destro’s quirk but learn a little more about his philosophy. He’s fighting for the grand scheme of his father that came before, but at the same time, Shigaraki seems to get under his skin. We don’t get a name for his quirk in this episode, but towards the end we get a tease that he can become much stronger and grow his entire body to that huge size.

What did you think of this first look at Re-Destro’s quirk? How are you liking his interpretation in the anime overall? Let us know all of your thoughts about it in the comments! You can even reach out to me directly about all things animated and other cool stuff @Valdezology on Twitter!