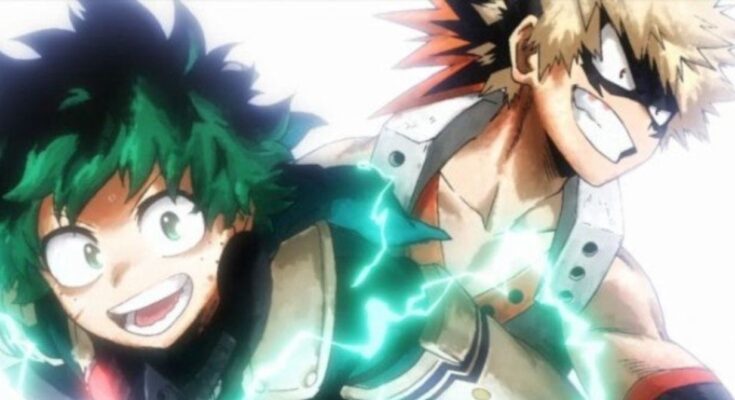 My Hero Academia may have its focus on Izuku most of the time, but it has other leads to contend with. Of course, Bakugo is at the top of that list, and the bully-turned-hero has experienced a character arc few expected. Now, it seems the manga is determined to reset Bakugo’s reputation for the best, and that was done this week with an emotional apology.

So you have been warned! There are spoilers below for My Hero Academia‘s new chapter below. Please proceed with caution!

For those who are caught up with My Hero Academia, the manga’s latest chapter is one we have been waiting for. The update saw Izuku and Bakugo have a heart to heart after Deku’s escape from Class 1-A was halted. During the conversation, Bakugo made it clear that he sees his former enemy as a friend, and he is sorry for everything Izuku endured by his hand.

“I hated it,” Bakugo told Izuku at one point. “I couldn’t bear to look at you. I couldn’t accept the way you were. I tried to act all superior by rejecting you, but I kept losing that fight.”

Continuing, Bakugo went on to say that Izuku’s strength was made clear at UA High School, but his own weakness was made bare. This forced Bakugo to do some soul searching, and that journey ended in him apologizing to Izuku. All the bullying and harsh words from Bakugo are little more than regrets. And as you can imagine, Izuku accepted the apology and washed their bad blood away.

Now, these two friends have a lot to do, and mending their relationship is just part of the equation. All For One is still on the run with the League of Villains at his side. Society may be all topsy at the moment, but Class 1-A will be on the frontlines to fix things. Izuku and Bakugo can help restore the balance, so it is good to see the pair working together as friends now.

What do you think about Bakugo’s character arc so far in My Hero Academia? Did his apology here take you by surprise? Share your thoughts with us in the comments section below or hit me up on Twitter @MeganPetersCB.