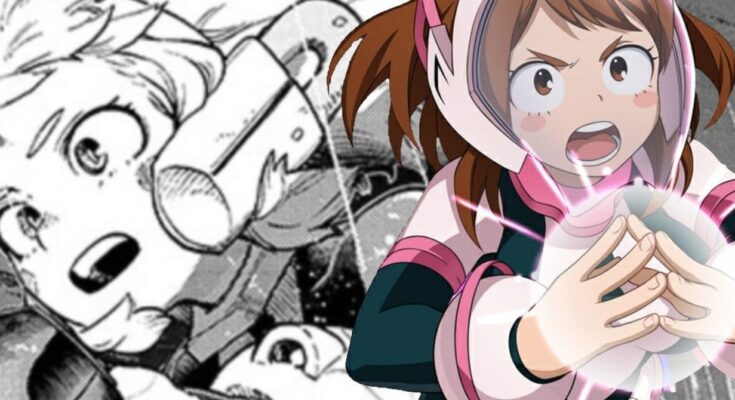 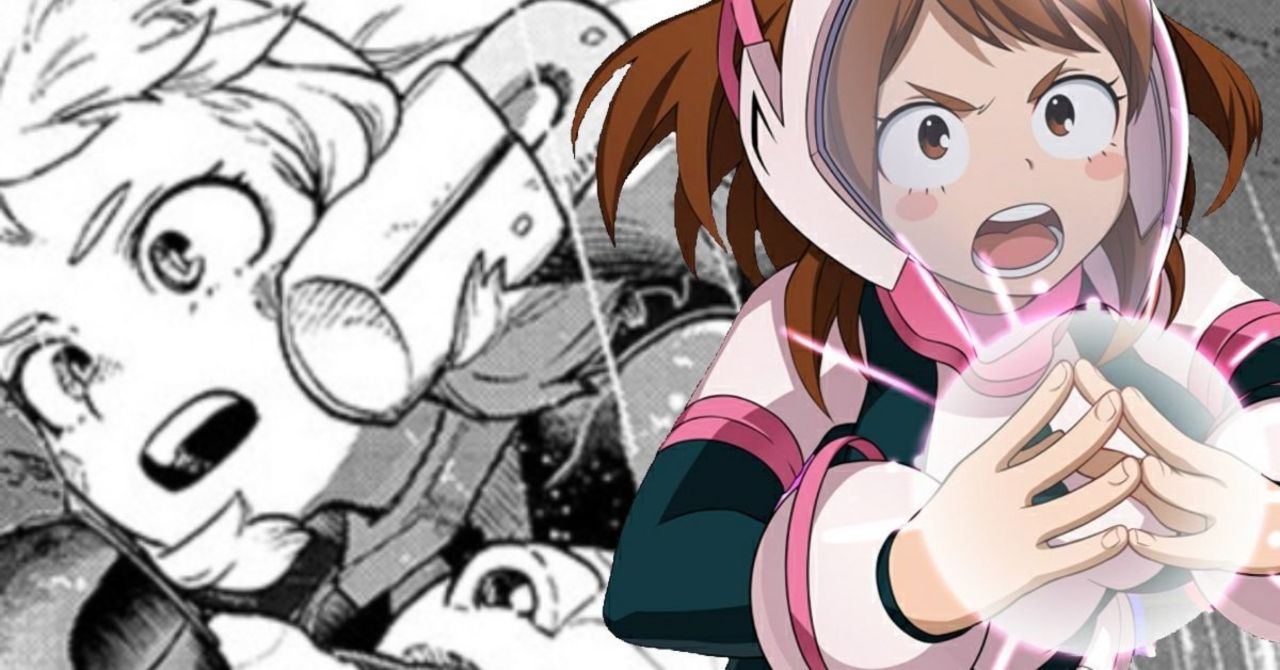 My Hero Academia teased how Ochaco Uraraka could become the ultimate hero with the cliffhanger from the newest chapter of the series! Although the series first began with Izuku Midoriya looking back on the story about how he became the world’s top hero, the Final Act of the series has begun to challenge what this idea truly means. Now that traditional hero society has crumbled, and both heroes and society at large are worried about what to do when it comes to the overwhelming villainous threat, the challenge for what makes a true hero has become muddied and tough.

It’s also beginning to seem just like how Izuku Midoriya is learning not to operate on his own and rely on others, the ultimate hero is something that could be achieved by more than just Izuku. It’s increasingly likely that “ultimate hero” doesn’t mean that someone has the ultimate power to protect just as with All Might had done in the past, but the newest chapter reveals how Ochaco Uraraka is on the path to that role with her brave stance in front of an angry crowd.

#MHASpoilers Ochaco had her best moment in the series yet with the newest chapter! A true hero on the rise 😭😭😭 pic.twitter.com/CWrjQ2ZpIG

The previous chapter of the series teased that Ochaco was willing to put herself on the line in order to protect Izuku and make him be accepted by the angry crowd hiding out in U.A. High School, and although he’s greatly hated by the public, she decides to take that stand in Chapter 323 of the series. When Best Jeanist’s efforts to appease them and get them to accept Izuku fails, Ochaco floats herself up to the top of the school to use a megaphone to defend him.

She yells about how much Izuku has suffered out there fighting all by himself, and that he left the school in the first place to avoid having it become a target of the villains just as they fear. Her words seem to start breaking through to the crowd, and it’s in this moment that Principal Nezu starts to reflect on how taking a single step such as this one carves a path to the ultimate hero, someone who will even surpass All Might himself.

It’s not a concrete tease that Ochaco herself will become “the” ultimate hero that Nezu thinks will arrive, but “a” ultimate hero. We’ve heard all throughout the series about how this new generation will be changing from a single iconic hero to fleshing out groups of heroes instead, and that is what could be happening here. A generation of ultimate heroes that will be born from moments like Ochaco’s brave stance her and heroes that Izuku will one day be a part of.

But what do you think? Does Ochaco have a chance at becoming the ultimate hero? Will she be one major hero in a generation of new greats? Let us know all of your thoughts about it in the comments! You can even reach out to me directly about all things animated and other cool stuff @Valdezology on Twitter!