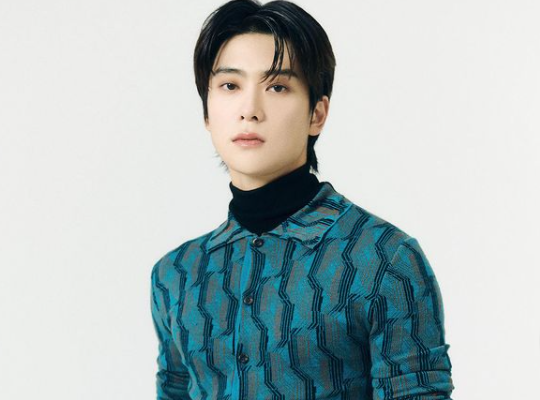 On September 24, the Italian fireball Prada showcased its 2022 Spring-Summer collection during Milan’s Fashion Week. The brand displayed two parallel digital runway shows that occurred in Milan and Shanghai side by side.

Similar to preceding years, the NCT star Jaehyun also received an invitation to the event. To advertise the event, he took to Instagram and posted a few pictures of himself dressed in Prada. The photos feature Jaehyun in Prada outfits from its former Fall-Winter 2021 collection.

Later, on the same day at 10 p.m. KST, he streamed Prada’s runway show featuring the 2022 Spring-Summer women’s wear collection live on his official Instagram account. This made him the first celebrity across the globe to live-stream a Prada runway show. The Instagram live picked up a remarkable number of viewers, proving his international influence. It was hilarious how the number of viewers dropped when Jaehyun was streaming the runway show live with comments turned off and increased once the comments got turned on.

Jaehyun’s immense popularity from the K-pop artists across the world has factored into this collaboration, as per Prada representative.
Also, Jaehyun’s luxurious image fits well with the image of their brand which made them to carry out the livestream project together, representative concluded.

Fans of Jaehyun, on the other hand, flooded the various social media platforms with comments expressing their enthusiasm towards the star’s tie-up with Prada.