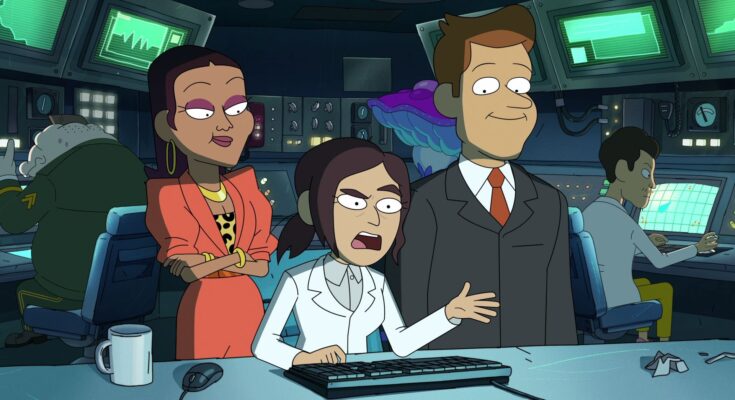 Netflix’s upcoming series “Inside Job” is ready to take us to their workplace. This new animated comedy series is about who really runs things in the country or in a easier way, the series is about shadow government.

The adult animation series takes place in the office of Cognito Inc. The company works for the secret shadow government who is responsible for almost every conspiracy theory of the country. The first trailer of the “Inside Job” debuted at Netflix’s TUDUM fan event which gives the audience a bit of glimpses about what we are going to see in the show.

Reagan Ridley is main focus of the show. She is the daughter of the company’ co-founder Rand. Reagan is shown here as a socially awkward technical genius. She wants to lead her own team. Reagan wants to make the world better for living. Because of her dysfunctional team who are less skilled she assigns Brett Hand, who was just genuinely happy to be her partner as well as a part of the team.

Lizzy Caplan stars as Reagan Ridley while Christian Slater stars as her unemployed father who used to be a part of Cognito In. Clark Duke give voice to the character Brett Hand.

“Inside Job” is written by Shion Takeuchi who is also known for writing “Gravity Falls”. The creator of “Gravity Fall” Alex Hirsch will also be serving as executive co producer for the “Inside Job”. This show is the first Netflix original adult animation which is going to hit Netflix on 22nd of October.