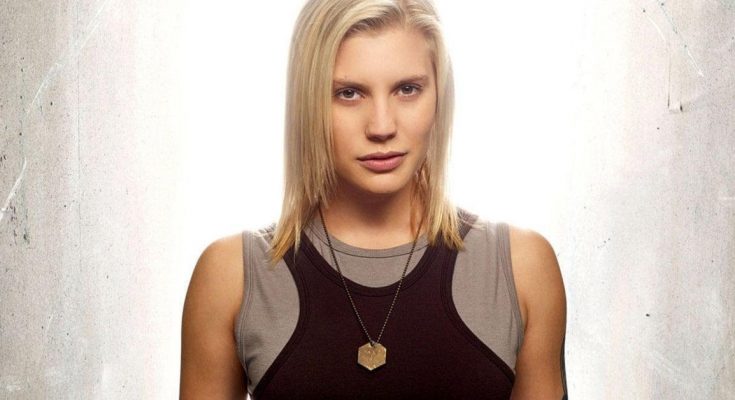 A Battlestar Galactica reunion is officially underway, thanks to Netflix’s Another Life. On Monday, it was announced (via Entertainment Weekly) that Battlestar Galactica alums Rekha Sharma and Kate Vernon will be joining the cast of the series, which stars fellow alum Katee Sackhoff. Sharma will be playing Ursula Monroe, the mother of sentient A.I. who built William’s (Samuel Anderson) software. Vernon will play Niko Breckinridge’s (Sackoff) mother Ava who will show up both in space and on Earth. Niko will reunite with a version of her mother when the Achaians decide Ava is the “perfect avatar” when Niko boards their ship while Erik Wallace (Justin Chatwin) will face a protective and worried Ava back home. You can check out the first look at the group reunited below!

“Battlestar Galactica was such a huge part of my life and career. I am so blessed to have built lifelong friendships with the cast and thankfully when I call and ask favors they oblige,” Sackhoff said in a statement. “We are so lucky to have Kate and Rekha join this show. They elevate every scene they are in and I can’t wait for the fans to see these two in action.”

Another Life centers on a family split apart after an unidentified flying object lands on Earth. Niko leads a team to uncover the object’s origin and establish first contact with the alien race that sent it while her husband Erik investigates the anomaly from Earth. The second season will pick up right after Niko watches the alien race that sent the object to destroy a planet and her mission to save everyone on Earth becomes more dire and urgent. The series also stars Dillon Casey, Shannon Chan-Kent, Kurt Yaeger, Carlena Britch, JayR Tinaco, Elizabeth Ludlow, A.J. Rivera, Tongayi Chirisa, and Lina Renna.

“I’m a sci-fi geek. I’m a Trekkie,” Chirisa told ComicBook.com last year. “I love Star Trek, and I always loved the genre, because I think it’s the one genre that definitely encompasses all others, from drama to comedy. And there’s a world of imagination. So, I’m very, very excited to be a part of this TV show, and to work with Netflix. So hopefully it’ll be one that’ll be long and prosperous.”

Season 2 of Another Life premieres on October 14th exclusively on Netflix.