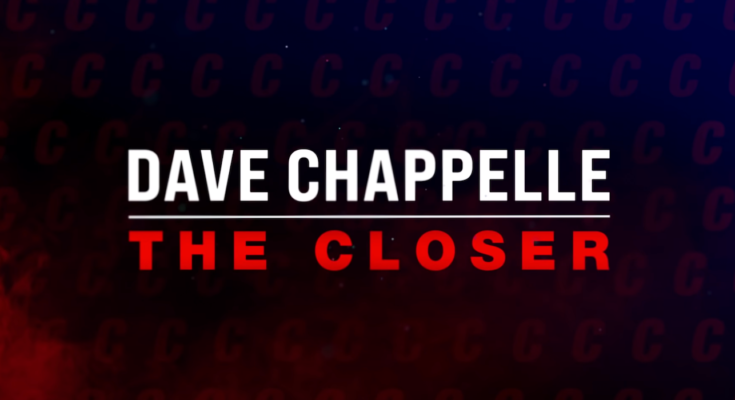 Just recently Dave Chapelle’s Stand Up Special was released by Netflix. Dave Chapelle: The Closer debuted on Tuesday on the streaming service. Apparently, the comedian is facing backlash for his new Netflix special. He is facing some allegations from social justice organizations for targeting the Trans and LGBTQ+ community for the jokes in The Closer.

Chapelle made some explicit jokes about trans women. He made the statement by saying that Gender is a fact. Further, he added that trans women genitalia are not quite what it is. He also makes the case to defend J.K Rowling, the author of the Harry Potter series, who made transphobic comments herself. The 48-year old comedian defends the author and rapper DaBaby for their comments. By saying that they called the author a TERF. TERF refers to trans-exclusionary radical feminists. He further went on to say that he is team TERF.

What does the organiztions has to say?

The executive director of The National Black Justice Coalition (NBJC) David Johns said that the group wants Netflix to take off “The Closer” ASAP. He went on by commenting that they are deeply disappointed in Netflix for letting the comedian’s lazy and homophobic comments air. With 2021 being the deadliest year for Trans people in the USA, the majority of whom were black. The streaming service should have known better. Netflix should immediately pull out the special from its platform.

“It is deeply disappointing that Netflix allowed Dave Chappelle’s lazy and hostile transphobia and homophobia to air on its platform.” -David J. Johns

Read the full article on his special with the link https://t.co/v9TxhENZbE pic.twitter.com/aZJcx39cLy

GLAAD also called him out by saying that his brand has become synonymous with ridiculing the trans community and other marginalized communities. The negative reviews of and viewers condemning prove that industry audiences don’t support such comments.

Dave Chappelle’s brand has become synonymous with ridiculing trans people and other marginalized communities. Negative reviews and viewers loudly condemning his latest special is a message to the industry that audiences don’t support platforming anti-LGBTQ diatribes. We agree. https://t.co/yOIyT54819

The stand-up comedian before this has been under fire for making jokes in his other specials “Equanimity” and “Sticks and Stones”.