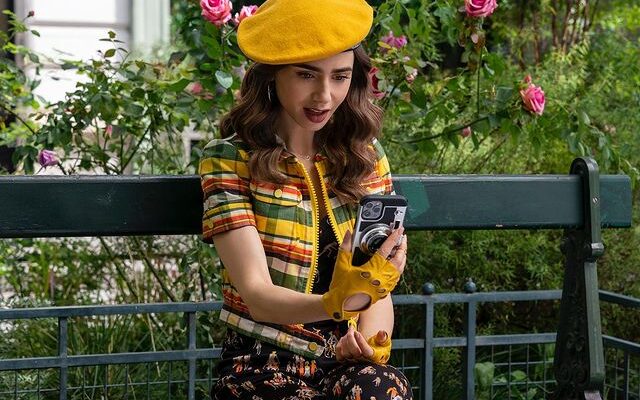 Emily is in Paris again!

Netflix’s Romantic Comedy is back for Season 2. One of the biggest hits of 2020 on Netflix was Emily in Paris. The series has finished filming the second season of the series. Photos of the new season have been released to offer the first look at the new season. The series was renewed by Netflix in November of 2020. The new season will arrive in late 2021 or at the start of 2022. It stars Lily Collins, Lucas Bravo, Ashley Park, Camille Razat, and William Abadie.

The specific plot details have not been announced yet, it is still kept under wraps. The photos released show Emily’s decision to finally take action on the chemistry between her and Parisian Chef Gabriel. Chef’s plans to move back to his hometown went south when suddenly Antoine decided to fund his restaurant at the last minute.

What will happen in the new season?

At the end of season 1, Emily also got her social media marketing job back from Sylvia. Although the new pictures released show that Emily can’t keep her eyes off Gabriel. The photo also shows Emily standing in front of the Eiffel Tower with Alfie.

The season will dive deep into the love triangle between Emily, Gabriel, and his girlfriend, Camille. Emily tries to distract herself with her work. While doing this she meets a fellow French expat. The pictures also show her and Mindy on the streets of France.

The first season of Emily in Paris received quite some love from fans. The show became one of the biggest hits of 2020 on Netflix. It earned two Emmy nominations including the Outstanding Comedy Series. The 2nd season will have 10 episodes of 30 minutes each. Although, the exact release date hasn’t been announced yet. The series is created by Darren Starr who is also the creator of Sex and the City.

Fans are eagerly waiting for the series to return. For them to be able to dive into Emily’s life in Paris yet again.