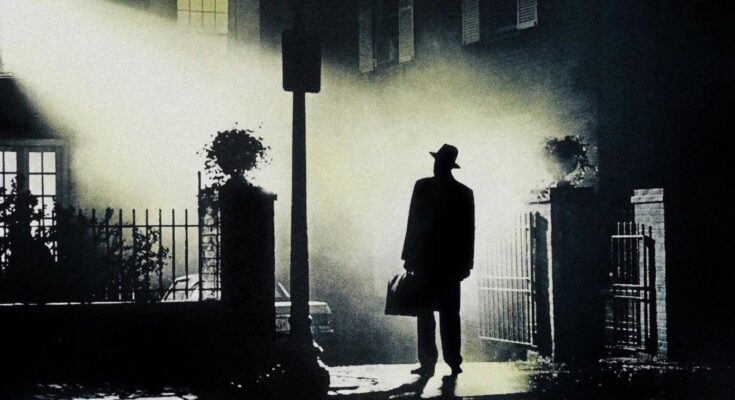 A new Exorcist Trilogy is reportedly in development at Universal Pictures and Peacock streaming service, which will bring back Oscar-winner Ellen Burstyn, who starred in the original Exorcist in 1973, and partner her with actor Leslie Odem Jr. (Hamilton, One Night in Miami). The report about the project states that it is not a remake, but rather a new story about Odom’s character, who is reportedly the father of a possessed child, who turns to Chris MacNeil (Burstyn’s character) for help, as MacNeil’s daughter Regan (Linda Blair) had to fight off a demonic presence in the original film.

Halloween (2018) and Halloween Kills director David Gordon Green is signed on to direct the new Exorcist trilogy, which will be a big bit of excitement for fans who have overwhelmingly approved of Green’s handling of Michael Myers. Morgan Creek Entertainment (right holders of The Exorcist franchise) will team with Jason Blum’s Blumhouse Productions (The Purge, Happy Death Day) to oversee the project – which will reportedly cost Universal and Peacock upwards of $400 million+ to make.

David Gordon Green recently teased his new take on The Exorcist franchise, during an interview with Total Film (per GamesRadar):

“The Exorcist has been written. That was one of my pandemic projects. It’s not inaccurate [that it will be a sequel to the original film]. I like all the Exorcist movies. And not only do I like them, I think they can all fall into the acceptable mythology for what I’m doing. It’s not like I’m saying, ‘Pretend that The Exorcist 2 never happened.’ That’s fine to exist. They’re all fine to exist, and I enjoy all of them.

“That one is a lot of research, rather than just impulsive screenwriting. That’s one that you talk to a lot of people. You read a lot of books, and do a sh-tload of interviews. There was such a dramatic authenticity to what that original film is. It’s a lot more than I anticipated getting into it. And I guess I was naive to think that. But it was very exhilarating to be involved in a lot of those conversations that you find yourself in.”

The first installment of the new Exorcist films is said to be scheduled to arrive in theaters sometime in 2023. However, the deal that’s been struck reportedly for the second and third films in this new Exorcist Trilogy to potentially be exclusively Peacock premieres. The move suggests that Comcast and NBCUniversal are trying to secure more blockbuster-brand content that can then be funneled into a direct line of incentives for consumers to subscribe to the Peacock streaming service.

It doesn’t take an in-depth numbers chart to tell you that in the current market of the “Streaming Wars,” Peacock has fallen behind its competitors in terms of both subscriber numbers, and brand strength. All those The Office re-runs just ain’t cutting it…

The Exorcist franchise will return with a new movie in 2023.