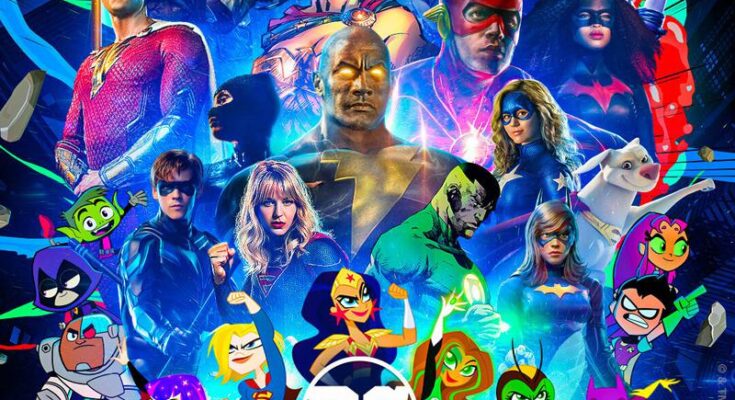 Get a first look at some of the stars as well

With just nine days left until the DC FanDome 2021, fans cannot keep their excitement. The virtual convention has some really exciting titles to announce, with a star-studded guest list as well. To keep the hype at an all time high, DC just released a trailer to highlight the event. It gives us glimpses to the movies, television shows, video games, and more. There were also some never-before-seen clips from The Batman and Black Adam.

While the two mentioned above are the heavyweights, there are still projects that we are excited about. The list of movies include: DC League of Super-Pets, The Flash, Aquaman and the Lost Kingdom, and Shazam! Fury of the Gods. On the HBO Max exclusive front, we have Peacemaker, DMZ, Aquaman: King of Atlantis, and Batman: Caped Crusader. The returning shows include: Doom Patrol, Titans, Harley Quinn, and Young Justice: Phantoms. The CW shows include: Batwoman, The Flash, Superman & Lois, and Netflix’s Sweet Tooth. A farewell tribute will be there for Supergirl, and a 100th episode celebration for Legends of Tomorrow. A first look for Naomi and a sneak peek for Stargirl will be there. The game titles will be Gotham Knights and Suicide Squad: Kill the Justice League. More will be revealed at the event.

A much bigger event

DC FanDome 2020 was a massive hit, with millions tuning in to watch it. Ann Sarnoff, he Chair and Chief Executive Officer of WarnerMedia Studios and Networks Group said that they supercharge the event this year with more exclusive first-looks, news, and in-depth interviews.

Don’t forget to check out DC FanDome on October 16, starting at 10 am PT. Also check out the trailer below: