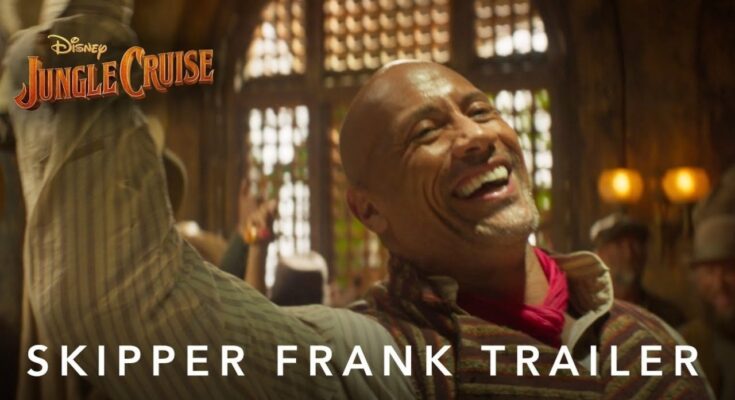 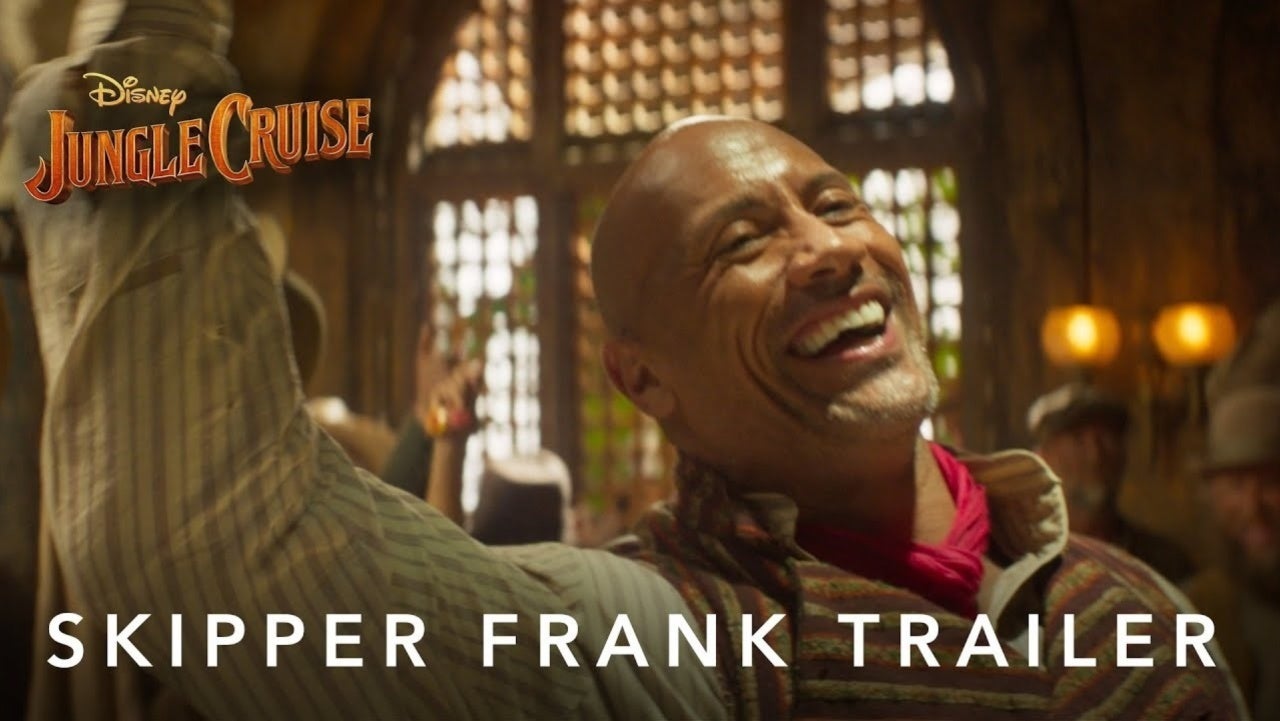 Disney is looking to strike big screen gold with its iconic theme park rides for a second time. The Pirates of the Caribbean franchise is one of Disney’s biggest, and the studio is certainly hoping that the new Jungle Cruise movie can capture that same adventurous spirit. On Wednesday morning, Disney revealed a brand new trailer for Jungle Cruise, which focuses on Dwayne “The Rock” Johnson’s character, Skipper Frank.

Johnson and Emily Blunt are the film’s two stars, and a lot of the marketing to this point has focused on a faux-rivalry between them. That’s on full display here, as the majority of the trailer is about Frank, going as far as to make Blunt’s name card incredibly small. There will undoubtedly be a Blunt-centric trailer in the near future, but for now you can enjoy the new ad in the video above!

In addition to offering new information about Skipper Frank, this new trailer also provides the film’s deepest connection to the original Jungle Cruise ride. It is revealed that Frank fakes the danger on his normal cruises, hiring people to pose as dangerous tribal warriors and pulling fake hippos out of the water. He even makes a joke about “the backside of water,” a staple from the ride.

Johnson and Blunt star in in Jungle Cruise alongside Edgar Ramirez, Jack Whitehall, Jesse Plemons, and Paul Giamatti. The film is directed by Jaume Collet-Serra with a screenplay from Michael Green and Glenn Ficarra & John Requa.

You can check out the official synopsis for Jungle Cruise below.

“Inspired by the famous Disneyland theme park ride, Disney’s Jungle Cruise is an adventure-filled, rollicking thrill-ride down the Amazon with wisecracking skipper Frank Wolff and intrepid researcher Dr. Lily Houghton. Lily travels from London, England to the Amazon jungle and enlists Frank’s questionable services to guide her downriver on La Quila—his ramshackle-but-charming boat. Lily is determined to uncover an ancient tree with unparalleled healing abilities—possessing the power to change the future of medicine. Thrust on this epic quest together, the unlikely duo encounters innumerable dangers and supernatural forces, all lurking in the deceptive beauty of the lush rainforest. But as the secrets of the lost tree unfold, the stakes reach even higher for Lily and Frank and their fate—and mankind’s—hangs in the balance.”

Are you excited for the arrival of Jungle Cruise? Let us know in the comments!

Jungle Cruise arrives in theaters and on Disney+ Premier Access on July 30th.