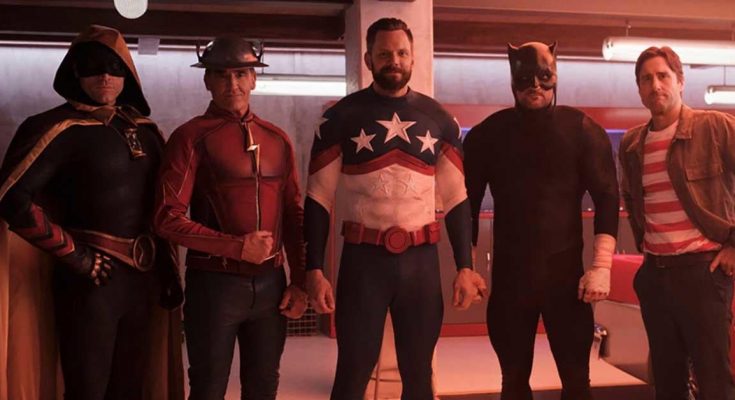 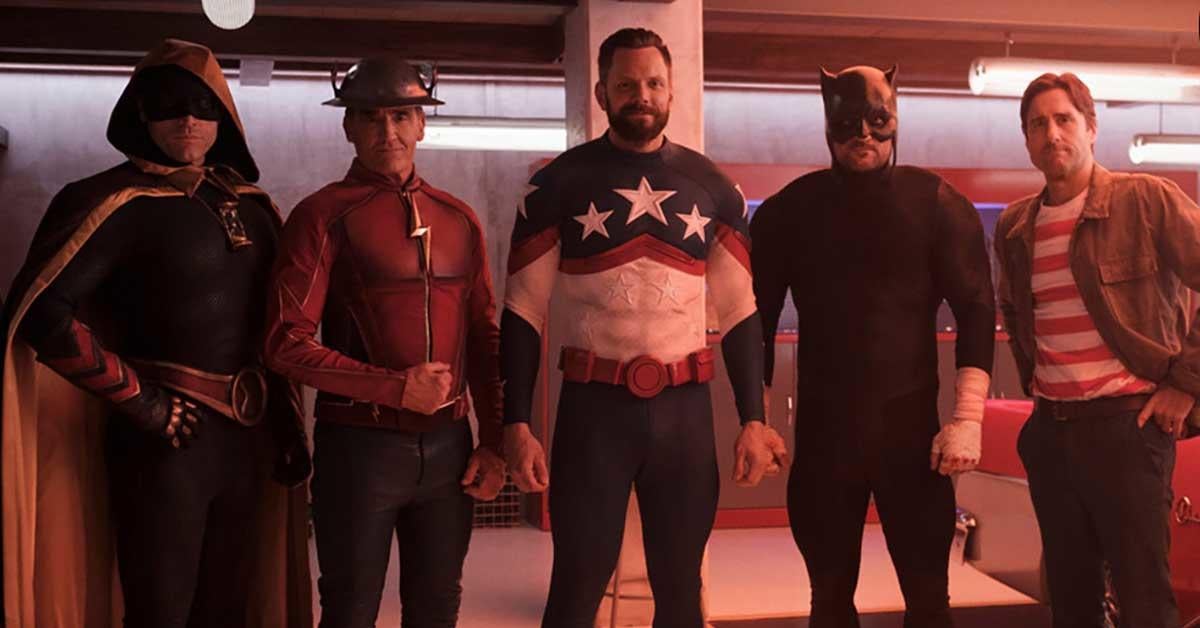 The much-anticipated “crossover” episode of DC’s Stargirl is almost here and now, The CW is sharing a first look at John Wesley Shipp as Jay Garrick, The Flash of Earth-2 from the upcoming flashback episode, “Summer School: Chapter Nine”. The episode will see Shipp as the Golden Age incarnation of The Flash and a member of the original Justice Society of America as Pat Dugan (Luke Wilson) finds himself taken on a painful trip down memory lane about the JSA’s original fight to stop Eclipso (Nick Tarabay). The photos, originally shared by Entertainment Weekly, show Shipp’s Jay suited up as The Flash with the other members of the JSA as well as in street clothes attending what appears to be a funeral – though whose funeral is unclear.

Shipp’s appearance on DC’s Stargirl was first announced back in February where the appearance was described as a “pivotal flashback episode” establishing Jay’s membership in Earth-2’s Justice Society of America. Earlier this year, Shipp told ComicBook.com how excited he was to join Stargirl and expressing just how excited he was not only for the flashback episode, but the series itself.

“Amazing. Amazing. I’ve got to tell you, I had the best time in Atlanta shooting with that cast,” Shipp said at the time. “People must watch it. It debuts August 10th. This show has so much energy and depth and heat and excitement around it at the moment. It has that new show…everybody is a hundred percent invested. We really want this thing to work. Geoff Johns was on set the entire time I was there. Our wonderful director. The ability to work with Luke Wilson, to work with Lou Ferrigno Jr., to create the JSA, I found myself in my own history. You know what I mean?”

“I tell you, as excited as I am for people to see The Flash finale, I’m equally excited for people to… don’t wait for my episode because everybody knows I’m in the ninth episode,” Shipp continued. “Start watching the first episode of Stargirl, August 10th.”

Read on for the official episode synopsis for “Summer School: Chapter Nine” as well as the photos.

“JOHN WESLEY SHIPP GUEST STARS AS JAY GARRICK – As Eclipso (Nick Tarabay) takes aim at the Whitmore/Dugan’s, Pat (Luke Wilson) is reminded of painful memories from his past involving the original JSA and their fight to take down Eclipso. Meanwhile, Mike (Trae Romano) is forced to confront the guilt he feels for his role in Icicle’s death, and Barbara (Amy Smart) comes face to face with someone from her past. Finally, Courtney (Brec Bassinger) struggles to hold onto hope after Eclipso targets those around her. Hunter Sansone also stars. Andi Armaganian directed the episode written by Alfredo Septién & Turi Meyer.”

Are you looking forward to seeing John Wesley Shipp as The Flash on DC’s Stargirl? Let us know your thoughts in the comment section!