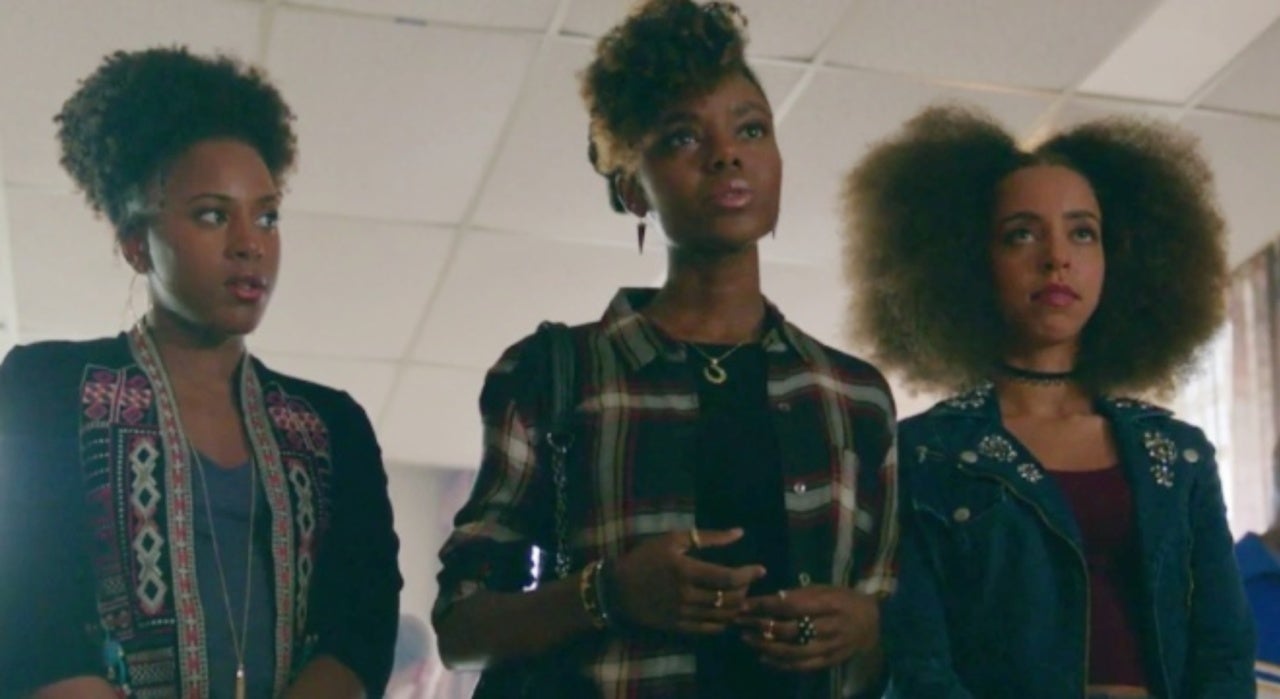 The CW has released a new preview for “Chapter Ninety-One: Return of the Pussycats”, the fifteenth episode of Riverdale‘s fifth season. As the title would suggest, this episode is expected to see the return of Josie McCoy (Ashleigh Murray) and her fellow Pussycats, Valerie (Hayley Law) and Melody (Asha Bromfield). If that wasn’t enough, the episode will also feature the Riverdale debut of one of Josie’s fellow Katy Keene alumni, Alexandra Cabot (Camille Hyde). The synopsis provides a bit more insight into what that will entail, including revealing that Josie will arrive in Riverdale in the middle of her world tour, and that Alexandra and Veronica are “old friends.” You can check out the synopsis below.

“ROBIN GIVENS DIRECTS THE EPISODE — After going MIA during the middle of her world tour, mega-star Josie McCoy (guest star Ashleigh Murray) returns to Riverdale unexpectedly. But it’s not until she reunites with her former bandmates Valerie (guest star Hayley Law) and Melody (guest star Asha Bromfield), that she opens up about the real reason why she’s back. Elsewhere, Veronica (Camila Mendes) gets creative after a surprise visit from her old friend Alexandra Cabot (guest star Camille Hyde). Finally, Toni (Vanessa Morgan) steps in to help Tabitha (Erinn Westbrook) and Veronica land a deal.

The return of Josie and the Pussycats comes after Murray and Riverdale star Vanessa Morgan publicly spoke out about the show’s portrayal of its Black characters in June of 2020, leading to a statement from showrunner Roberto Aguirre-Sacasa promising positive change. Law, who tweeted in support of Morgan’s statement, told ComicBook.com last year that she was “very happy” that the conversation was started.”

“I’m very happy that the last year has brought a light to representation in film. It was something, before, that I think a lot of people of color felt like we couldn’t talk about, because we have to kind of just be happy that we were there,” Law explained. “I don’t want anyone to feel like I’m not grateful for opportunities, but it’s really nice that other cast members, on Twitter and stuff, started the conversation. I really am happy and I’m hoping that it continues. I hope that it starts to get more and more inclusive, but it’s been nice that people have noticed because we’ve been noticing for a long time. So it’s nice that people are finally speaking up about it.”

Riverdale airs Wednesdays at 8/7c on The CW. “Chapter Ninety-One: Return of the Pussycats” will air on September 8th.