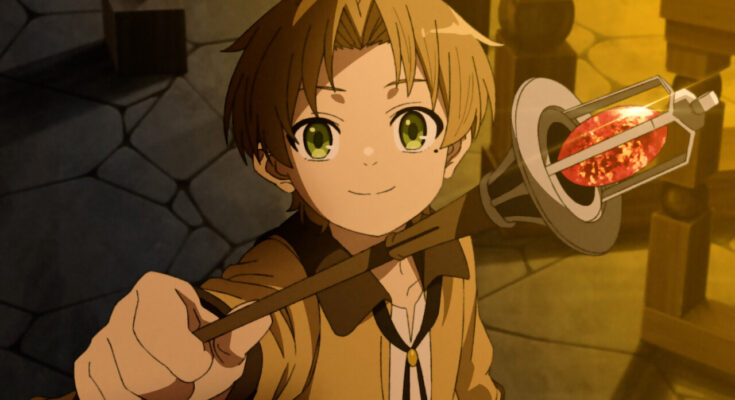 The road from web novels to anime series

Mushoku Tensei: Jobless Reincarnation, written by Rifujin na Magonote, is a Japanese light novel series. The novel follows the life of a young man who doesn’t have any job and is also hopeless. While keeping his memories, the man reincarnates in a fantasy world, determined to have no regrets in his new life. Back in November 2012, it was originally published on the internet web novel website called “Shōsetsuka ni Narō”.

One year later, it was announced that the series would be present with a print release under MF Books of Media Factory. And the illustrations were done by a “Pixiv” user known as Shirotaka. On October 18, 2019, the anime adaptation of the series was officially announced.

Fans getting what they want

The first half of the anime series ended in March and after the finale fans were left with questions only. Just earlier this month, the release date for the second half was reveal with a teaser image.

The official release date is October 3, 2021. The news was revealed by the official Mushoku Tensei twitter account. And just now a trailer for the second half was release online.

The trailer gives the audience a sneak peek of the second half and some hints about what could happen next.

A second life to have no regrets

Even though he was constantly bullied, scorned, and oppressed. It took a 34-year-old shut neet to find the resolve to attempt heroics. However, it ended in a tragic accident. Yet, in a twist of fate, he finds himself in a different world as Rudeus Greyrat.

In addition to being born as a baby to two loving parents. In his new environment, having retained his memories and learning from his previous life, Rudeus adapts swiftly. In addition to showing a magical gift above all expectations, he is also able to refine his ability while under the tutelage of the lovely Roxy Migurdia. A year later, Rudeus joins Sylphiette, a girl his own age who quickly becomes his closest friend and mentor.