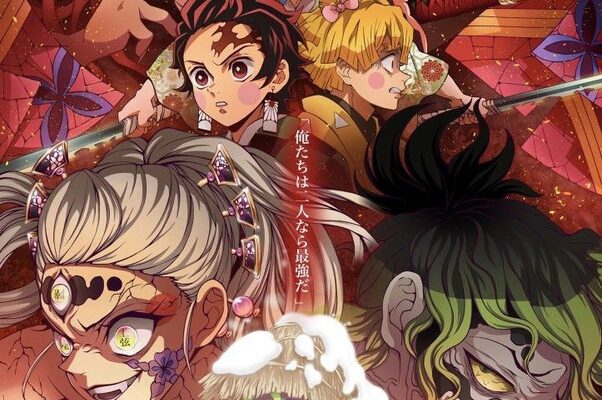 We will get season 2 this Fall

Season 2 will be the Yoshiwara Arc, or the Entertainment District Arc. If new reports are to be believed, fans will get a major update before the anime officially returns. We see Tanjiro, Nezuko, Inosuke, and Zenitsu dealing with the after effects of the train adventure.

What happens after Mugen Train (Spoilers ahead)

Mugen Train ended with the Flame Hashira Rengoku Kyojuro getting killed by Akaza, the Upper Rank Three demon. Following his death, Tanjiro and his gang head to the Rengoku family estate, not only to give their condolences, but to learn thr fire breathing technique for their future battles. Tanjiro had used what little fire breathing he knew to win against the Spider Clan before.

The anime is scheduled for this fall!

Adventure with the Sound Hashira

Rengoku’s battle is over, but not for the others. Tanjiro and his friends will next team up with Uzui Tengen as they infiltrate Yoshiwara to locate the next demons. Manga readers already know how exciting this arc is also going to be, with lots of funny moments and action.

The manga for Kimetsu No Yaiba is already over, so it remains to be seen how many more seasons or movies we will get. It will be wise to turn smaller arcs into two-hour feature films like Mugen Train.

The series has gathered such a huge amount of followers that many want the mangaka Koyoharo Gotouge to return with a sequel or a spin-off story.

Also read: “The Greatest Demon Lord Is Reborn as a Typical Nobody” to be make its TV series debut in 2022!