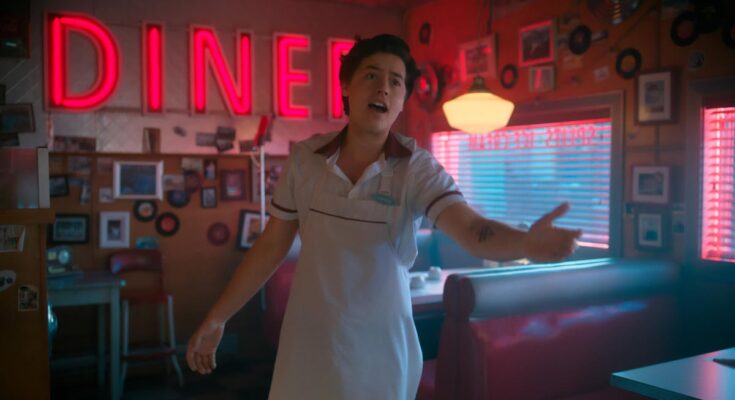 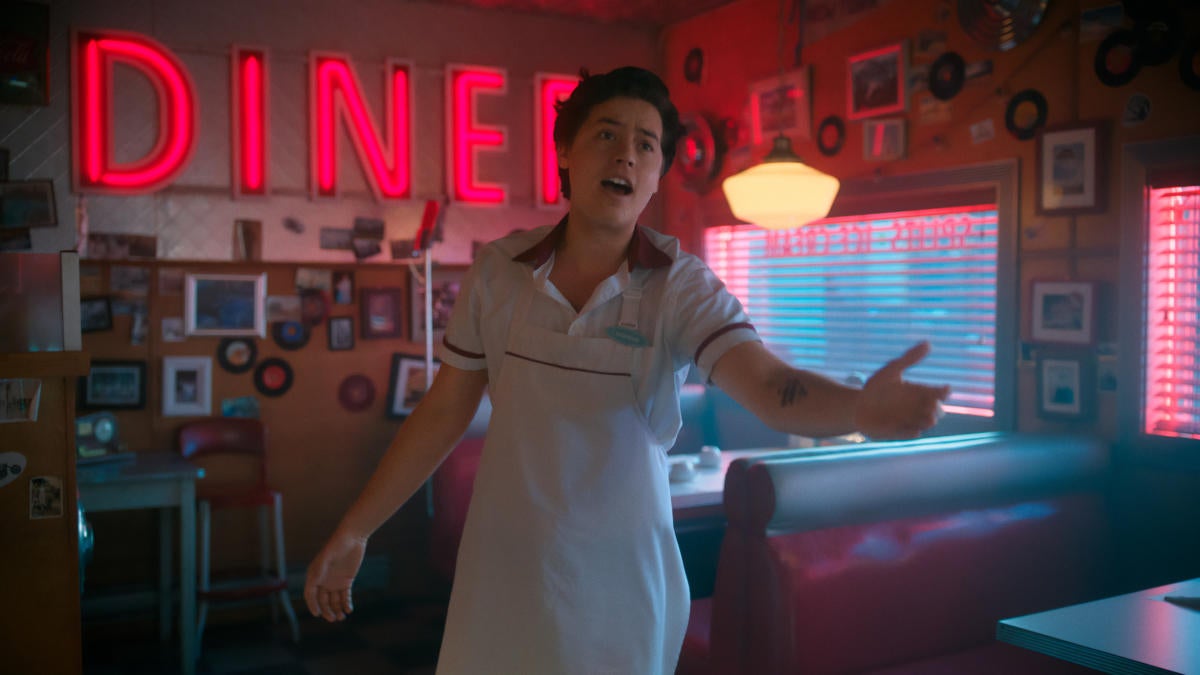 The CW has released a new batch of photos for “Chapter Ninety-Four: Next to Normal”, the eighteenth episode of Riverdale’s fifth season. The episode is expected to feature the latest musical-themed detour for the long-running drama series, with Alice Cooper (Madchen Amick) apparently creating “an imaginary musical fantasy world” in which her family hasn’t undergone its various traumas. Given the state of the Cooper family, which includes multiple serial killers and serial killer victims, it will be interesting to see exactly what that new world entails.

The episode is also set to see Veronica Lodge (Camila Mendes) and Archie Andrews (K.J. Apa) make “a big decision about their future”. It will be interesting to see what that latter storytelling entails, especially as Archie’s relationship with Betty Cooper (Lili Reinhart) doesn’t seem to be done either.

“Betty and Archie’s story isn’t over yet, and their relationship does deepen, especially as we enter the last stretch of episodes,” showrunner Roberto Aguirre-Sacasa said in an interview with TVLine earlier this year.

You can check out the synopsis for “Chapter Ninety-Four: Next to Normal” below, and keep scrolling to check out the photos from the episode!

“MOTHER’S DAY IN RIVERDALE – Refusing to accept what’s going on around her, Alice (Mädchen Amick) creates an imaginary musical fantasy world in which the Coopers are one big happy family again. But as her mother continues to spiral, Betty (Lili Reinhart) does her best to pull her back to reality. Meanwhile, Tabitha (Erinn Westbrook) ropes Jughead (Cole Sprouse) into a family dinner with her parents, and Veronica (Camila Mendes) and Archie (KJ Apa) make a big decision about their future. Madelaine Petsch, Casey Cott, Vanessa Morgan, Charles Melton and Drew Ray Tanner also star. Ronald Paul Richard directed the episode written by Tessa Leigh Williams.”

Riverdale airs Wednesdays at 8/7c on The CW. “Next to Normal” will air on September 29th.