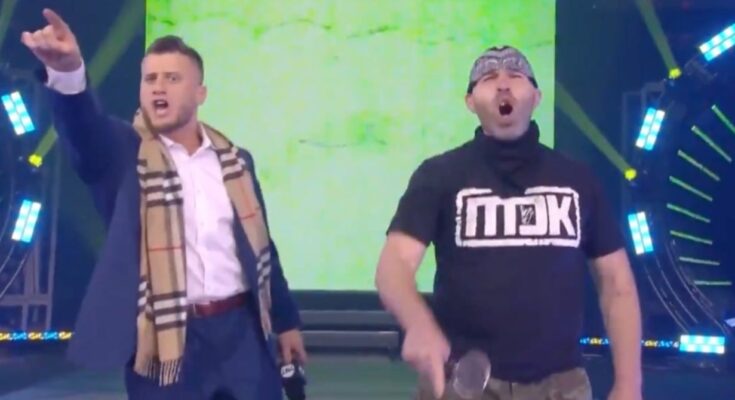 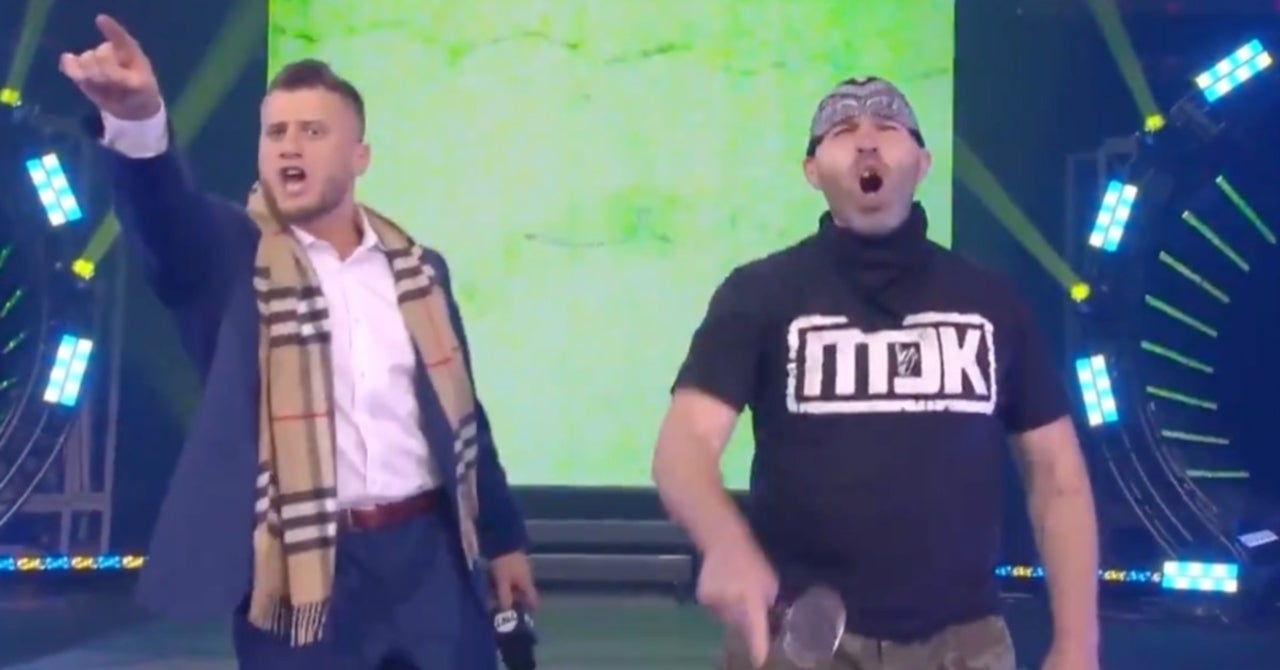 Independent wrestling sensation Nick Gage made his surprise arrival in All Elite Wrestling this week. AEW Dynamite opened on Wednesday night with the first of the “Labors of Jericho,” where Chris Jericho successfully defeated Shawn Spears even while Spears was allowed to wield a steel chair. MJF then grabbed a microphone and said Jericho’s next labor would be next week, and that it would be a No Disqualification Match against Nick Gage. The New Jersey native is the current GCW World Champion and is best known for his ultra-violent deathmatches in promotions around the country.

Gage was the subject of an episode of Dark Side of the Ring earlier this year, reflecting on how he nearly died in a deathmatch, lost his brother Justice Pain and made headlines in his match with David Arquette.

.@The_MJF wastes no time for Labour #2. And OMG it’s @thekingnickgage!

AEW’s Jon Moxley spoke incredibly high of Gage during the Dark Side episode, saying (h/t Fightful) “He’s not going to stop, and I’m not saying he should. He has the number one talent you need. It’s not biceps, it’s not abs, it’s the ability to connect. Vince McMahon would fucking kill to have one person with that connection to the audience that Nick Gage has. I kind of think his story is just getting started.”