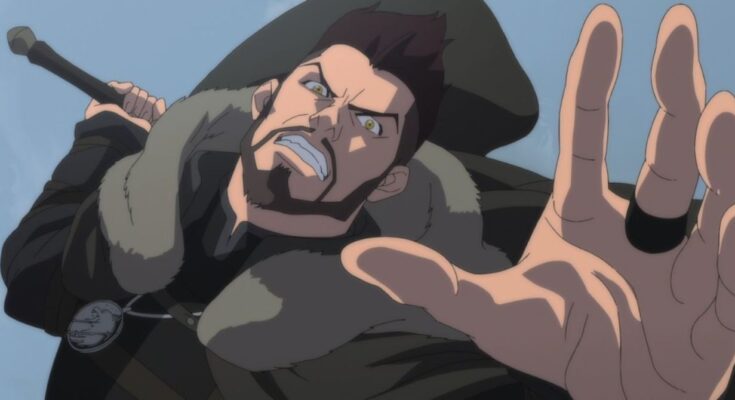 If you haven’t checked up on The Witcher, you are one of just a few left holding out. The franchise has become a mainstay at Netflix, and the streaming service has put a premium on its head. With season two on the way for its main show, The Witcher kept fans engaged this summer with its anime debut, and it turns out the team meant to make Vesemir unreasonably attractive.

The conversation was revealed by the team at SyFy Wire. The page spoke with Kwang Il Han, the director and co-executive producer of The Witcher: Nightmare of the Wolf. The artist discussed Vesemir’s development in the anime, and the Studio MIR executive had a few things to confess.

“I imagined Vesemir in his current status, which is an old man, but then this is a story about a young Vesemir,” Han shared. “[He] shouldn’t be too handsome, but he had to be quite good-looking and appealing because he’s the main character.”

Continuing, Han said Vesemir was meant to be different from his protege Geralt in every way. In Netflix’s main series, Vesemir is an older man, but he still has a playful charm to him. This was played up in The Witcher: Nightmare of the Wolf as Han’s team felt his notoriety would lend him such a mood.

“The idea for Vesemir came from looking at how he interacts with Ciri in the books and in the video games as an older man. There’s a playfulness there. There’s a bit of a mischievous quality to him. And I kind of looked at that and went, ‘What was this guy like in his early 20s?'” Beau DeMayo, a producer, shared. “In backward engineering that, I came to this idea that he could have been a very swashbuckling, kind of a braggart, casanova, charismatic character.”

Clearly, the team behind The Witcher had a clear idea of what Vesemir needed to be in this prequel, and his devilish good looks were a part of that. The idea of these heroes being hot isn’t new and you can look at Geralt to see that. However, Vesemir’s charm is entirely different from his friend, and that was made clear in The Witcher: Nightmare of the Wolf. So if you were surprised by how Vesemir came off in this show, well – there’s no need to guess much longer.

What do you think about the prequel’s take on Vesemir? Do you think it did the hero’s looks justice? Share your thoughts with us in the comments section below or hit me up on Twitter @MeganPetersCB.