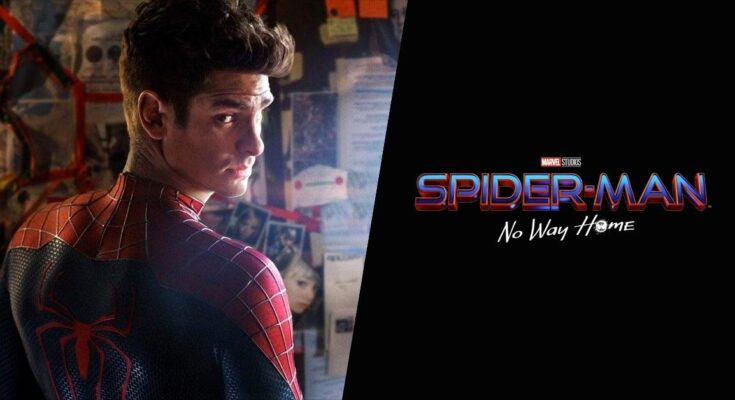 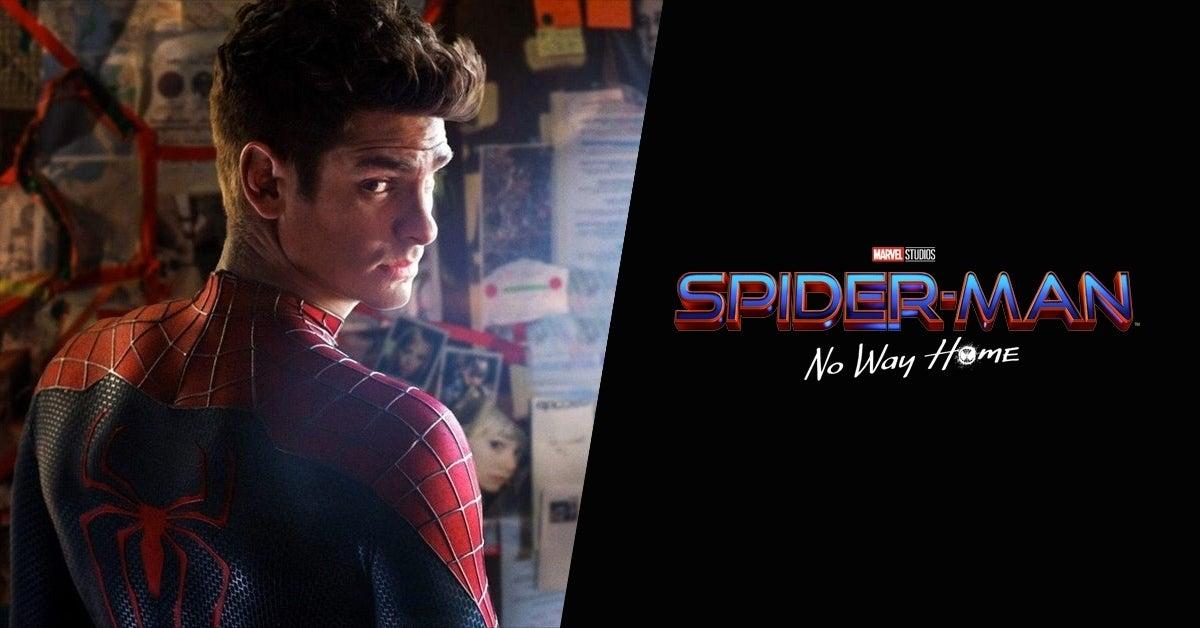 The more determined Andrew Garfield is to deny that he is involved with Spider-Man: No Way Home, the more determined people seem to be to keep asking him. All of that may have reached a crescendo last night, when the actor appeared on The Tonight Show Starring Jimmy Fallon and had to improvise on the fly when confronted about a high-resolution video which appears to depict the actor wearing a Spider-Man costume, while talking to someone else in gloves from a Spider-Man costume, suggesting that it could be a multiversal moment from Spider-Man: No Way Home.

The short video seems to match up perfectly with a much less high resolution photo that purports to feature Garfield standing a few feet from Tobey Maguire as Spider-Man. The photo takes place on a large scaffolding, while in the video, you can see elements of a similar background.

For his part, Garfield acted oblivious to the existence of the photo and footage when asked about it on Fallon. When Fallon jokingly “informed” Garfield that the actor would be appearing in Spider-Man: No Way Home, Garfield acted absolutely incredulous, barking out a “what?!” and continuing to deny that he had ever seen the photo or video.

You can see the clip below.

Garfield told Fallon that “if you can show me the photo, I can tell you if it’s me, or if it’s a real thing,” but Fallon said that the image had been removed from the internet, and Garfield hilariously countered, “Well, how convenient, detective Fallon!”

The photo in question has not actually been fully scrubbed from the internet, but a major network TV show like Fallon’s (or indeed any large organization with corporate backing, including this site) sharing it directly could potentially be setting themselves up to be sued by Disney and/or Sony, so the odds of getting it printed out on a card and shown to Garfield on the Tonight show are pretty small.

Of course, at this point, that might very well be the way they finally decide to announce his involvement if, indeed, this evidence is real, and Garfield really does appear in the movie.

Following the events of Avengers: Endgame, Loki, and What If…?, Marvel’s multiverse seems to be more wide open than ever before, and that has some fans expecting to see Garfield’s Spider-Man, as well as Tobey Maguire’s, share the screen with Holland. Following the commercial success of Spider-Man: Into the Spider-Verse, there’s hardly a more commonsense character for Marvel to begin exploring its infinite Earths with. But while Maguire has declined to address the rumors at all, Garfield has been more vocal in his denials.

“I understand why people are freaking out about the concept of that because I’m a fan as well. You can’t help but imagine scenes and moments of ‘Oh, my God, how fucking cool would it be if they did that?'” Garfield recently told Variety. “But it’s important for me to say on the record that this is not something I’m aware I am involved in. But I know I’m not going to be able to say anything that will convince anyone that I don’t know what’s happening. No matter what I say, I’m fucked. It’s either going to be really disappointing for people or it’s going to be really exciting.”