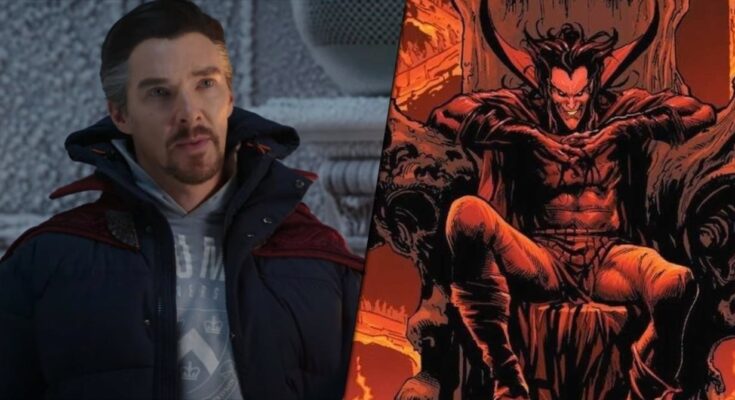 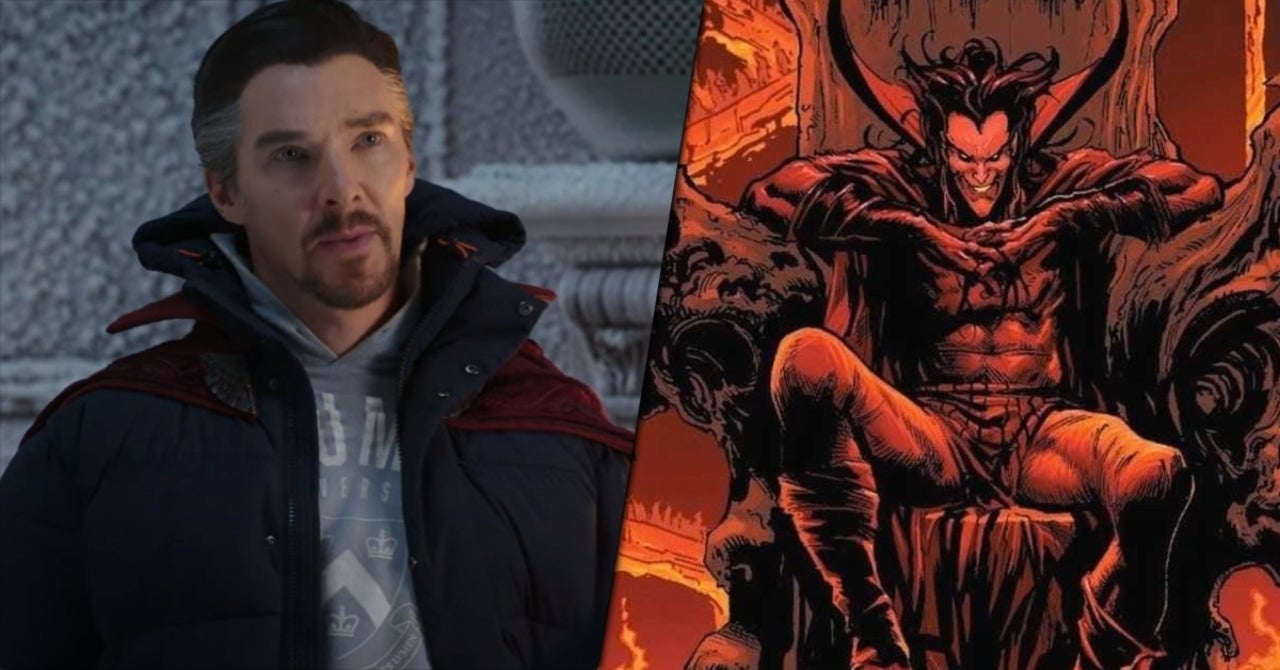 We can’t believe it, but the Mephisto train is starting to board once again; in fact, this writer, in particular, has already locked down a First Class ticket. Believe it or not, the signs are there — the devilish character could actually appear in Spider-Man: No Way Home. Sure, we got pretty wild with the Mephisto speculation when WandaVision was on the air but here, there’s some evidence that’s actually pretty convincing. Because of that, hear us out before you log off or rage tweet.

The biggest piece of the puzzle is the source material No Way Home is based on. As evidenced in the trailer, the Tom Holland-starring threequel will pull from Marvel’s highly divisive One More Day storyline, an arc where Peter Parker needs help with saving Aunt May from her inevitable death. To do so, he strikes a deal with the devil — in this case, Marvel’s Mephisto — and sacrifices his marriage with Mary-Jane to save his aunt. Along the way, Mary-Jane also manages to convince Mephisto to make everyone forget Spider-Man’s real identity, which had just been unveiled during the events of Civil War.

As seen in the No Way Home trailer, Parker (Holland) convinces Doctor Strange (Benedict Cumberbatch) to cast a spell that will cause everyone to forget his identity, which was revealed by Mysterio (Jake Gyllenhaal) at the end of Spider-Man: Far From Here.

It’s here with Strange that things get quite interesting. The majority of the shots involving Strange in the trailer take place in the Sanctum Sanctorum, which happens to be covered with a layer of snow and ice. Interestingly enough, in Dante Alighieri’s Inferno, the Ninth Circle of Hell — the level where the devil resides — is covered entirely in ice. There’s also been some questions made about Strange’s character throughout the trailer, especially with not being able to complete a spell simply because Parker continues to annoyingly ask questions.

There’s also another shot of Strange and Parker seemingly in a chase on a train. In this shot, Strange can be found without his Cloak of Levitation, something he’s rarely seen without. It’s an iconic part of his costume. Is this sequence actually between friends? Or maybe Spider-Man figured out someone was actually playing Strange and it’s an Avenger vs. Avengers fight scene.

We know No Way Home leads directly into Doctor Strange in the Multiverse of Madness, which has been deemed Marvel’s scariest movie yet. It wouldn’t be too big of a coincidence to introduce Marvel’s version of the devil right before. We may be grasping at straws, but the stars are beginning to align.