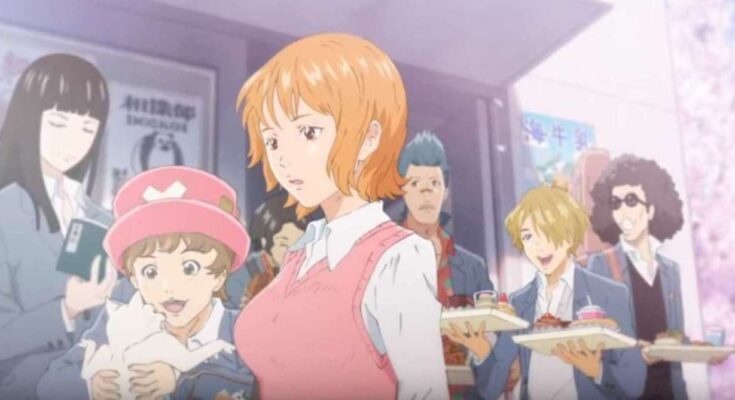 Eiichiro Oda has been working insanely hard on the world of the Grand Line for decades, currently exploring the Straw Hat Pirates battling to free the denizens of Wano Country in the latest arc of One Piece, but the mangaka took the opportunity to answer a fan question about what the jobs of Luffy and his crew would be if they existed in the real world. Each of the Straw Hats has their own job currently besides simply being a swashbuckler, with Sanji being a cook, Zoro being a swordsman, and Robin being an archaeologist to name a few.

Surprisingly enough, the Straw Hat Pirates have ventured into the real world a number of times, with a commercial tie-in to Cup Noodles imaging Luffy and his crew as high schoolers that weren’t attempting to make Monkey the king of the pirates but were simply trying to navigate the mundane halls of their school. While there hasn’t been a live-action series or movie that has documented the world of the Grand Line to date, Netflix is currently working on a television series that will adapt the story of the Straw Hats which will be released in the future in North America.

Reddit User Endy3017 shared the latest question and answer session from One Piece creator Eiichiro Oda, wherein the mangaka revealed the jobs of the Straw Hats if they didn’t live in a world of pirates, but had to take on occupations that mirrored those in our world:

While some of these choices definitely fit the characters, such as Zoro being a police officer, Usopp being a graphic designer, and Nami being a teacher, it’s tough to wrap our heads around the idea of Robin becoming a flight attendant or Sanji being a stylist. Regardless, it’s clear that Oda has put a lot of thought into the lives of each of his classic anime characters and is more than happy to answer fan questions in each volume of One Piece that is released.

Currently, the world of the Grand Line is erupting as a result of the War For Wano Arc, which sees Luffy and his crew struggling to defeat Kaido and his Beast Pirates, who have severely outnumbered them and proved to be some of the deadliest foes that the Straw Hats have faced to date.

What do you think of Oda’s job ideas for Luffy’s crew? Feel free to let us know in the comments or hit me up directly on Twitter @EVComedy to talk all things comics, anime, and the world of the Grand Line.