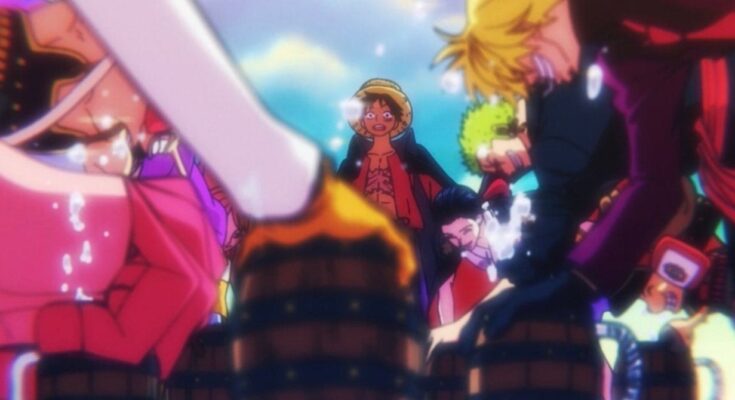 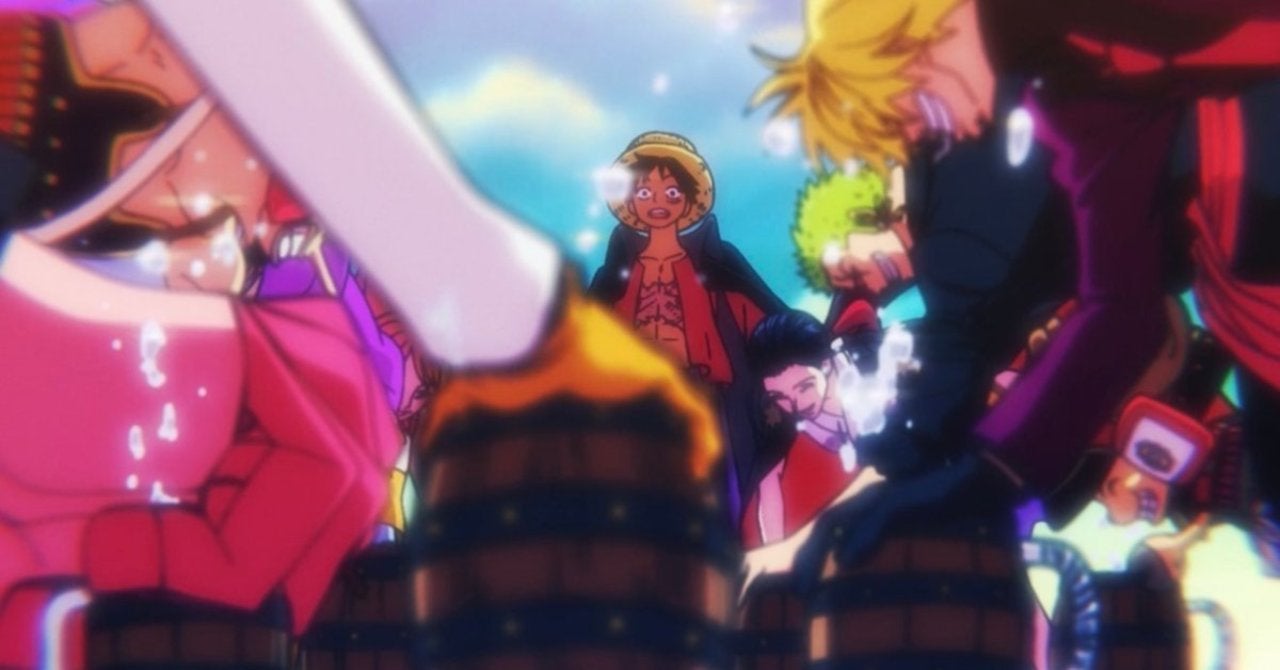 A special One Piece video has gone viral for showing just how far the Straw Hats have come in the past 20 years! The anime recently celebrated its 20th Anniversary (while Eiichiro Oda’s original manga crossed an impressive 1000 chapters within the past year), and now the series is getting ready to enter a whole new era of action as Luffy and the Straw Hats are now heading to Onigashima for the full war against Kaido, Big Mom, and Orochi’s combined forces for Wano’s future. But before doing so, the Straw Hats shared a special moment.

Before the Straw Hats headed toward Onigashima in full, they worked together to quickly take down the first garrison of Beasts Pirates forces on the outskirts of the island. They had landed there in the hopes of finding booze and officially welcoming Jinbe to the crew with a special toast, but had been interrupted as the samurai forces began their charge. This special moment calls back to another famous Straw Hat scene, and @MontCorvo_Off on Twitter has gone viral for bringing all of these memories flooding back with a special video. Check it out below:

Episode 982 of the series marked a major turning point for this war against Kaido’s forces as Luffy and the others finally left the shores of the actual Wano Country and made their way to Onigashima, the location of the arc’s final war. The episode (directed by the now prominent among fans, Megumi Ishitani) saw Luffy and the other Straw Hats going at their own pace and genuinely being in each other’s company all together for the first real time in several years in real time. But there was another element of excitement for it.

Each of them was excited to see that Jinbe was now officially going to be a member of their crew and wanted to welcome him right with a toast. But after seeing the fight officially kick off, Luffy decides that now’s not the right time for such an occasion and vows to have an even bigger celebration together with everyone when Kaido is defeated and Wano is freed. The Straw Hats all go along with this, of course, and make their own vow in an incredible way.

This moment shows how much trust in one another this crew has, and shows fans how far each of them have come across the two decade run of the series thus far. But what did you think of this Straw Hat scene? Let us know all of your thoughts about it in the comments! You can even reach out to me directly about all things animated and other cool stuff @Valdezology on Twitter!