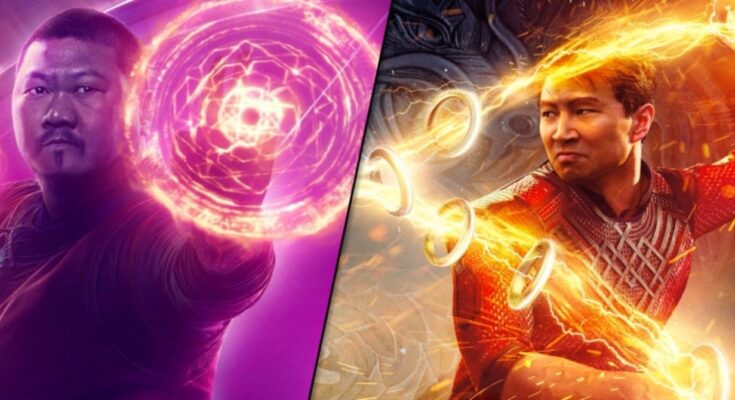 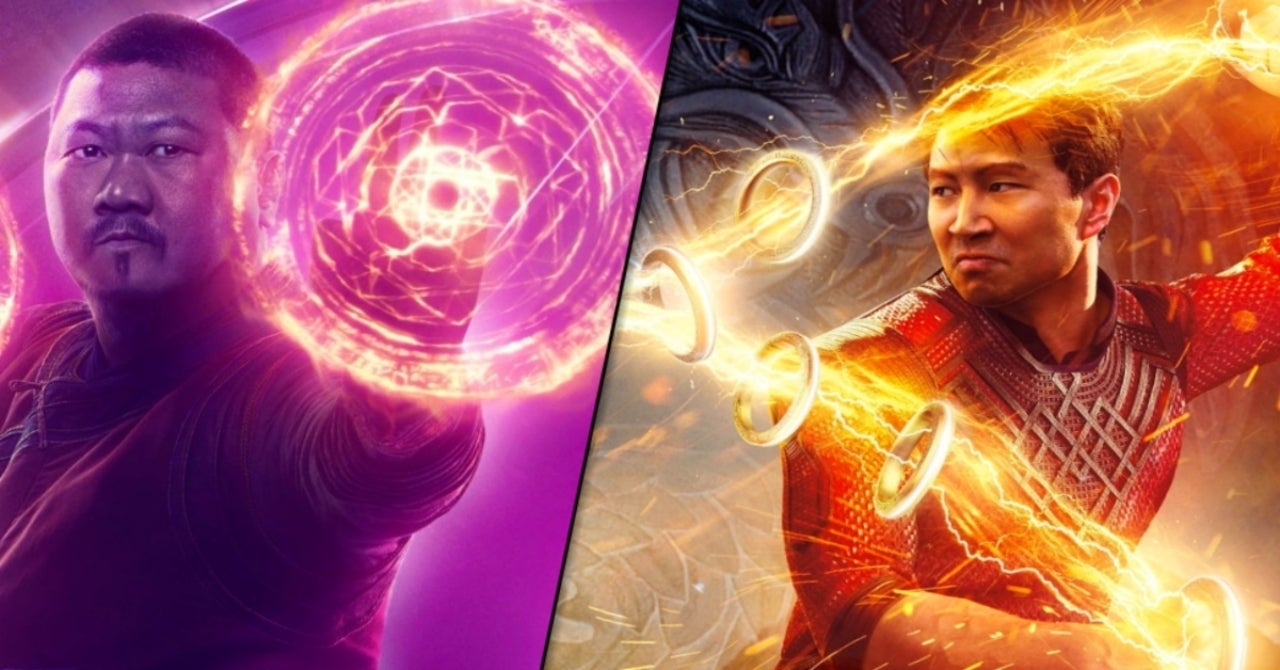 Shang-Chi and the Legend of the Ten Rings ends with a one-two-punch of post-credits scenes, both setting up the martial arts master’s (Simu Liu) future in Phase 4 of the Marvel Cinematic Universe. Spoiler warning for Shang-Chi. After defeating his father Wenwu (Tony Leung), the legendary leader of the Ten Rings organization who wields the ancient alien technology that is its namesake, Wong (Benedict Wong) summons Shang-Chi and Katy (Awkwafina) to the New York Sanctum. “We have a lot to talk about,” the Master of the Mystic Arts says, taking a shot and stepping into a Sling Ringed-portal conjured before Shang-Chi and Katy’s skeptical friends. Here’s what happens next.

The mid-credits scene sees Shang-Chi and Katy as the audience to a human Bruce Banner’s (Mark Ruffalo) analysis of the Rings, who rules out Wakanda’s Vibranium and questions if they’re Chitauri technology. “They’re not like any alien tech I’ve seen,” says the space-faring Captain Marvel (Brie Larson), who appears via holographic projection like in Avengers: Endgame.

When Banner points out the Rings are older than a Millenium, Wong says their energy is so powerful that it was felt far off in the magical land of Kamar-Taj. “It’s a beacon,” Captain Marvel says of Shang-Chi using the Rings, and Banner finishes the thought: “They’re sending a message.”

“A message to where?” asks Shang-Chi. The question goes unanswered.

In the final scene of Shang-Chi, his estranged sister Xialing (Meng’er Zhang) takes over the family business as the new leader of the Ten Rings. At the end, a message: “The Ten Rings Will Return.”

READ: How Shang-Chi Sets Up the Next Avengers Movie

Here’s what opening night moviegoers are saying about that mini-Endgame reunion ending Shang-Chi:

and the #shangchi mid credits scene was crazy i still don’t know how to react to one of the characters involved???? i really didn’t expect to see them like THAT and idk what it means for their involvement in the franchise later but it was cool 😭

Really enjoyed both post credits scenes as well. No spoilers obviously but im just excited to see Shang-Chi interact with more of the Avengers as well as how “certain aspects” of this film affect Phase 4 and beyond 👀 #ShangChi

the post credits scenes……. you are going to freak out #shangchi

Okay #ShangChi was fucking amazing. It’s one of, if not the best, movies marvel has put out. I highly recommend it. If you are comfortable enough I recommend catching it at the movies. If not definitely check it out on VOD. Also 2 post credits scenes you don’t wanna miss.

IF YOU GO TO SEE #SHANGCHI, PLS PLS PLS FOR THE LOVE OF STAN LEE STAY FOR THE MID AND POST CREDITS SCENES