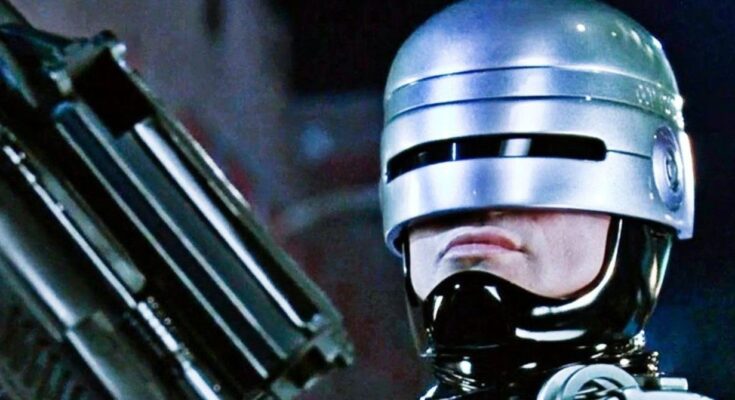 A new month means a fresh crop TV shows and movies have found homes on the many streaming platforms available. Among the new movies now streaming on Hulu are none other than the first three RoboCop movies. Though an argument could be made about the decline in quality from Paul Verhoeven’s 1987 original to Irvin Kershner’s 1990 RoboCop 2 and Fred Dekker’s 1993 RoboCop 3, for fans of the franchise there’s now one place where you can find all of them. Granted that’s just the first three movies as 2014’s reboot from filmmaker José Padilha and starring Joel Kinnaman is not available for streaming anywhere.

Other films added to Hulu today include both 28 Days Later and its sequel 28 Weeks Later, Beetlejuice, all three Candyman movies, the Coen brothers Fargo, the original Space Jam, Taken, The Terminator, and all four movies in the Underworld series. Some hit films from 2020 and 2021 will arrive on the service throughout the month with Bill & Ted Face the Music streaming on July 2nd and Barb and Star go to Vista Del Mar on July 9. You can find the full list of new movies and shows on Hulu this month by clicking here.

For many years it seemed like RoboCop was destined to be yet another dormant franchise that once ruled screens (and TVs thanks to many spinoff shows) but back in the summer of 2018 District 9 filmmaker Neill Blomkamp was announced to direct RoboCop Returns, a new sequel to the original film based on a script by original screenwriters Edward Neumeier and Michael Miner. Like his planned sequel to Aliens that failed to take off after much discussion and teasing, Blomkamp dropped out of the project. Little Monsters filmmaker Abe Forsythe became attached in November of 2019 but it’s unclear if the project is even still in the works.

A prequel TV show focusing on OCP’s Dick Jones was also revealed to be in the works but has also vanished from headlines. In the years since that project was announced however has come the word that Amazon is attempting to acquire MGM, the parent company that owns the RoboCop franchise. Should that go through it could lead to new versions of RoboCop or expansions on the series.

Though some patience will be required, RoboCop fans should note that RoboDoc: the Creation of RoboCop , a new documentary about the making of the moviehas officially wrapped filming and will interview stars Peter Weller, Nancy Allen, Ray Wise, Kurtwood Smith, Ronny Cox, plus Phil Tippett, and Bart Mixon.