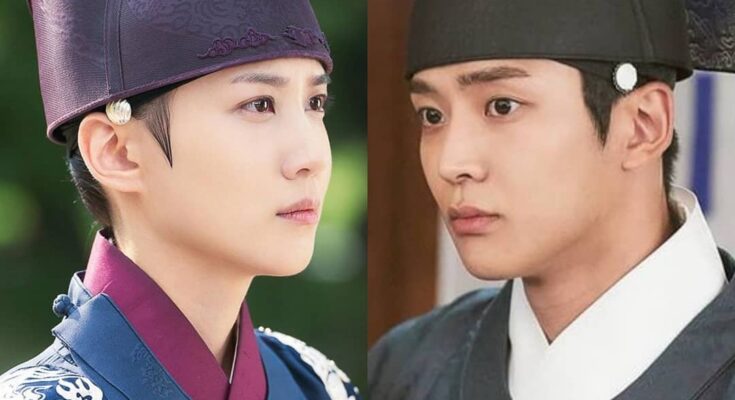 As of Sept. 12, The King’s Affection debut teaser was officially released by KBS. It shows Park’s dual personality as she changes from a carefree princess to a royal prince in a matter of a few of seconds. The King’s Affection promises to be another sweet romance filled with love and mystery that you’ll want to see again and over again.

An abandoned baby girl will be the subject of the drama. It’s just that when her twin brother dies she is forced to take his place. Park Eun Bin will portray

in a new form for the series, one who is talented in both literary and martial arts. For this reason, Lee Hwi isolates herself from the world and suppresses her emotions. However she can’t control her feelings for Jung Ji Woon. The two are drawn to each other by their mutual attraction, yet the more exquisite their love is, the more hazardous their predicament becomes.

Lee Hwi as princess in the poster

New poster released today (Sep-16). Lee Hwi and Jung Ji Woon create heart-stopping eye contact in the newly unveiled poster as they lean near to each other. His arms are tightly wrapped around her, and his hands are grasping the sleeve of her royal blue gown. A hand is resting on his neck, and it’s clear that she’s utterly captivated by him, as well. It seems princess started to fall for her teacher.

Following her interaction with Jung Ji Woon, Lee Hwi comes out the walls she build for herself. The yearning to reclaim her true self. Which she has been suppressing for so long, begins there. As a result, she is depicted as a woman in the posters and not some kind of king. In the same way, Jung Ji Woon seems attracted to Lee Hwi.

It was noted by producers of “The King’s Affection” that the photo session was accompanied by the tender feelings that permeated throughout the entire drama. In fact, just by glancing at one other, Park Eun Bin and Rowoon rekindled the bonding of “The King’s Affection”. It is because of this that the image captures the emotional feelings between them, even while their heart rate increases.