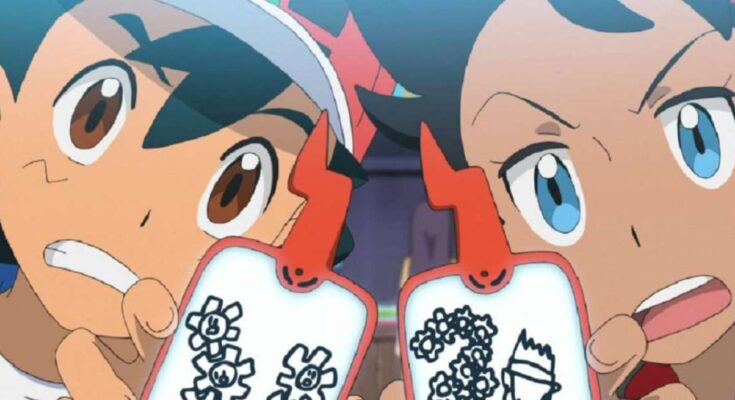 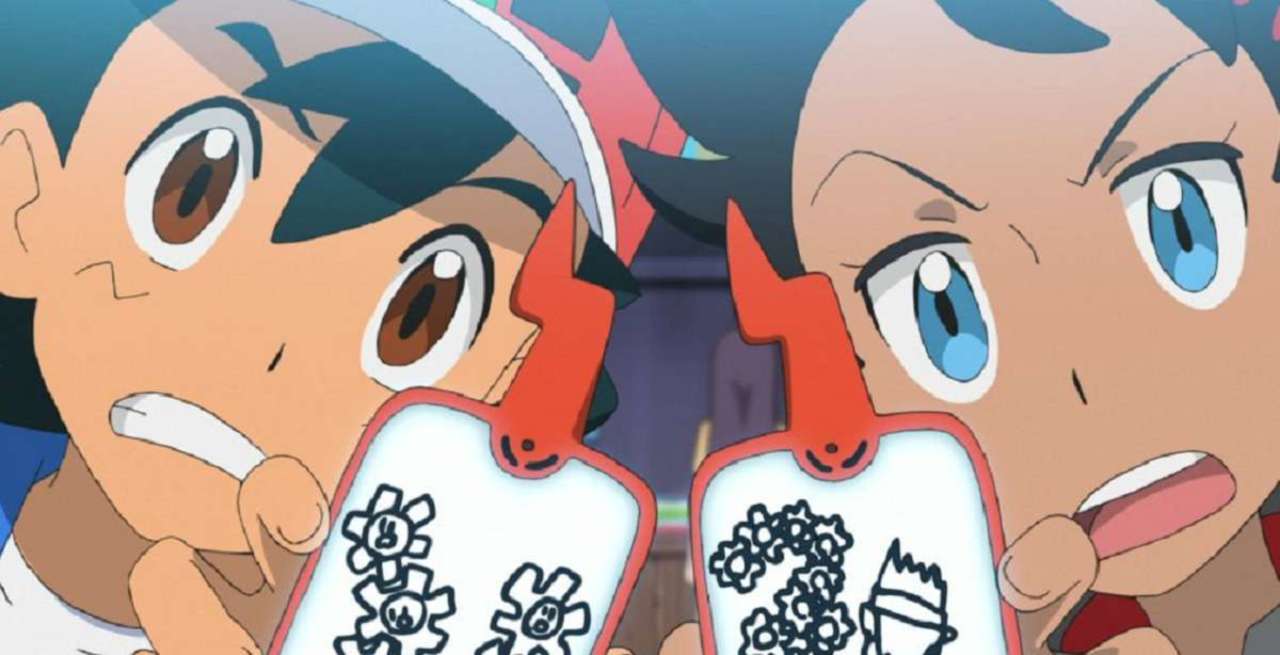 Pokemon Journeys has placed both Ash and his new right-hand man Goh into some high-impact battles throughout the anime series, but the victory lap for Ketchum following his win in the Alola League Tournament isn’t afraid to throw in more than a few moments of levity. Taking a swing at “Leakers”, netizens that will share information regarding new monsters in the series, both real and fictional, and the latest season of the Pokemon trainers have created the perfect response to poke fun at the real-life leakers that are attempting to trick fans of the popular anime franchise.

In the latest episodes of Pokemon Journeys, Ash and Goh have run into several characters from the anime’s past, including the likes of Gary Oak and Iris, diving further into the rich history of the popular pocket monsters series. With the upcoming Project Mew Arc pushing Goh and a number of other trainers to capture and study the ancient Pokemon, it’s clear that the latest anime season is diving into some new territory. With the latest episode, Ash and Goh run into a baker who is attempting to use a Pokemon that doesn’t exist to push his wares, which actually makes fun of a real-life leaker that had created the false pocket monster known as Mega Kling Klang.

Twitter User Chikorita Cheezits shared the images from the latest episode of Pokemon Journeys, in which Ash and Goh question the man who claimed to see a new form of Pokemon that has helped his business in creating new food items to sell to patrons:

Pokemon Journeys has focused on both Ash and Goh capturing some of the strongest creatures they’ve ever encountered while also traveling the world to battle against various trainers from different regions. With their current goal to defeat the trainers of Galar Region, the new locale that was introduced in the Nintendo Switch game known as Pokemon Sword And Shield, many are wondering if the pair of trainers will gain enough strength to actually dethrone the current champion of Galar, Leon.

What do you think of this hilarious knock against Pokemon Leakers? Do you see Goh capturing Mew before the latest season is done? Feel free to let us know in the comments or hit me up directly on Twitter @EVComedy to talk all things comics, anime, and the world of Pokemon.