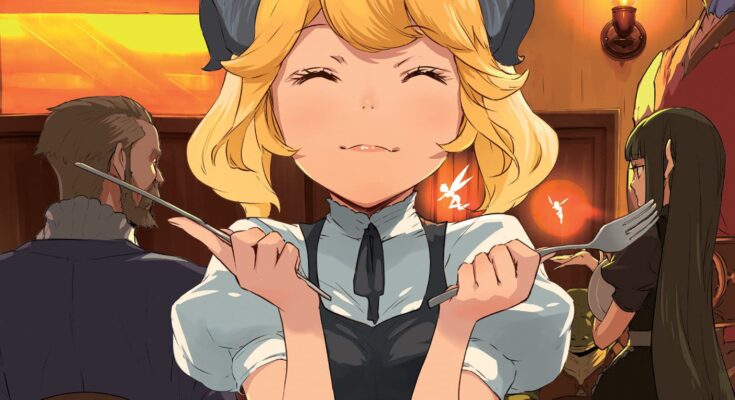 From a novel series to an anime

The news about the renewal of the series for a second season was announced on the magazine cover of Monthly Shonen Ace, June 2021 issue. In addition, the new season was taken over by OLM studios. Also, OLM studios are famous for their contribution in the Pokémon anime series.

Restaurant for another world making a swift return

Recently, on the official website of the show it was announced that the series will start airing on October 1st, 2021. Along with the announcement a trailer was also dropped for the upcoming season. Furthermore, the new trailer gave us some details about the upcoming season and what to expect from it.

The introduction of new otherworldly beings and creatures

Despite the fact that when it first aired it was a massive hit, it took the show four years to get a new season. So, a quick recap might help the audience. The show is about a Western Restaurant Nekoya, which is situated in an ordinary corner of the shopping district of Tokyo. Japanese versions of Western dishes are offered in this restaurant.

The restaurant is open during usual business hours, except on weekends and holidays. But, on Saturdays, something magical happens and the restaurant creates doorways to another World. Whereas, the restaurant serves the customers of different forms, such as elves, dragons, etc.

Season 1 ended with a doorway opening in a field and the staff of Nekoya waiting for the next customer to enter. Nevertheless, the second season will follow this premise as well. And it will also introduce new creatures and beings of different forms.