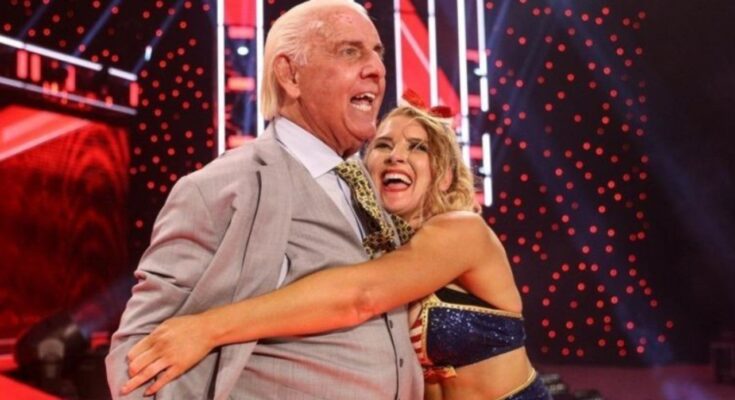 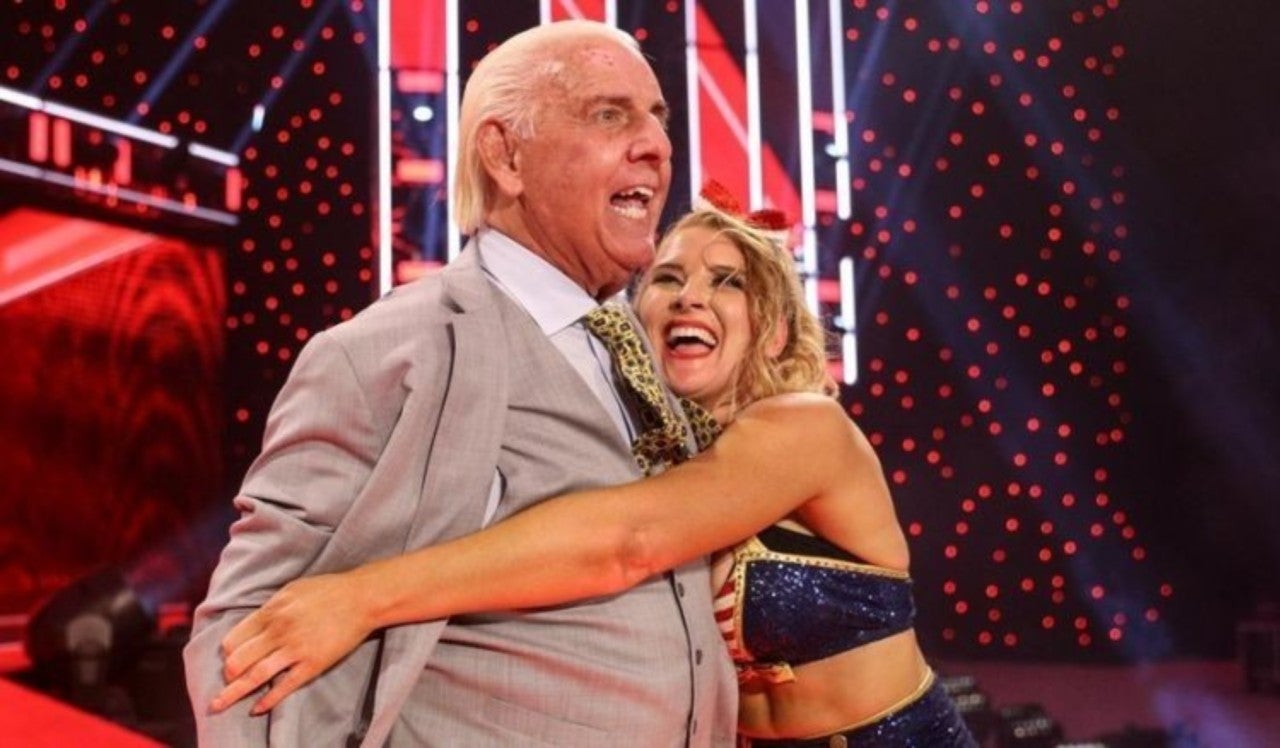 Ric Flair is officially no longer under contract with the WWE, according to separate reports from Fightful and Wrestling Inc. released on Monday. Raj Giri is reporting that “The Nature Boy” requested the release, which was granted. The 16-time world champion had made a number of appearances on WWE programming throughout the COVID-19 pandemic, first with Randy Orton and later as part of a pseudo-relationship storyline with Lacey Evans and his daughter, Charlotte Flair. The two-time WWE Hall of Famer openly admitted in interviews that he wasn’t a fan of that program earlier this year. The release comes days after WWE confirmed Bray Wyatt had been let go by the company.

“In this instance, I didn’t [feel comfortable],” Flair told Ariel Helwani back in May. “The one thing I’ve learned is you’re not going to win a war when someone’s got their mind made up. She most definitely didn’t like it, but the one thing that I can say about me is I always said yes. I didn’t want to be that guy that was always going ‘Oh, that isn’t perfect for me.’

“When that was all over, I was mad but now I just look back and say it wasn’t it. This was something that when I got to TV, Mr. McMahon wasn’t there to argue the point with and he had stuff going on, I don’t like to put the pressure on someone if I can’t talk to him,” he continued. “He just made up his mind, I think a lot of it was because [Lacey] was a marine. God only knows we cannot give enough back to the people that serve in the military and I think he wanted her to be successful and the way to get successful sometimes is to take two people that are doing really well and give them the rub.”

He later added, “She’s [Evans is] a really nice girl and all that, but it didn’t fit this time. We made the best of it but ultimately, she’s pregnant with her husband now. It was never anything personal, I barely know her and her whole life is her husband and her daughter. I didn’t like that one, to him [Vince McMahon] I’m always going to be the ‘kiss stealin’, wheelin’ dealin’, yanno what I mean? Which is great because he likes that.”

In a separate interview with The Hindustan Times that same month, Charlotte said that same month that she was done having storylines directly involving her father. She explained, “It wasn’t so much about Lacey. It is very difficult with my dad. I had an extensive amount of time off for the first time ever in my career, I was eager and excited to come back and start fresh. I wanted to add layers to my characters as I felt stale. I wanted these changes. When my dad got brought into the picture, I was like man it’s 2021 and I don’t want to share the screen with my dad. I am Charlotte Flair now, I am not longer Ric Flair’s daughter, that’s Charlotte’s dad. I was like why I have to be on TV with my dad,” she said. “I don’t want anyone to think that is selfish, anyone would love to share screen with their dad. But if anyone’s followed my career, all I have done since day one is pave my own legacy. Yes, I do a lot of his personal trademarks but it is also to acknowledge me as a separate performer. So that’s why I was frustrated at home because selfishly I wanted the screen for myself and not with my dad.”