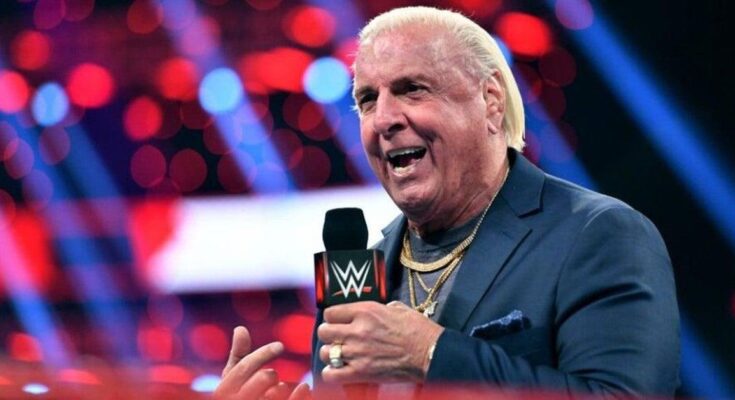 The latest Dark Side of the Ring episode, recapping the infamous “Plane Ride From Hell” WWE stars took following a 2002 European Tour, included flight attendant Heidi Doyle accusing Ric Flair of sexually harassing her after he stripped naked and began parading around the plane in his robe. Flair finally broke his silence regarding the accusations on Monday, releasing the following statement on social media:

“Every person that I’ve worked with, from my lawyer to my publicist to my wife has said to not post a response; but I’ve never from past behaviors before and I’m not going to start now. I want to clarify a few things: About four years ago, I gave ESPN full access to my life for a “30 for 30” special. They covered taxes, financial issues, adultery, divorces, the passing of my child and drinking/partying AT LENGTH. Rory Kamp, desperate to matter for another 15 minutes, did an interview about it this morning. When Rory’s lips are moving, he’s typically lying, but one part of what he said was the God’s honest truth:

“‘I’d never heard that he had forced someone to touch his genitals,’ Karpf admitted. ‘Everything with Ric that was construed as negative I tried to address in the 30 for 30. His drinking, his philandering, his adultery, his money problems, there’s quite a bit, but never, at least in the people that I spoke to, no one ever brought up that he would force himself on somebody.’

“I allowed my personal life and the lives of my wife and children to be turned upside down for one reason: Whether it’s good or bad, even the really bad, the truth has to matter. Even in wrestling. My issues have been well documented over my 40+ year career. The impact of drinking too much (which nearly killed me 5 years ago) has been told time and time and time again. The reason Rory (or anyone else for that matter) never heard stories of me forcing myself on ANYONE is simple: it never happened.”

The interview Flair was referencing was between Wrestling Inc. and Rory Karpf, the director of the ESPN 30 for 30 documentary “Nature Boy” that centered around Flair’s life.

“The Nature Boy” has been a free agent since WWE granted him his release back in August. He has since appeared on Lucha Libre AAA and the National Wrestling Alliance and was backstage at AEW’s recent events in Chicago.